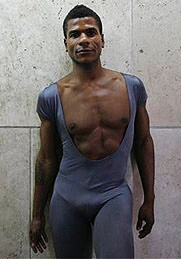 I first saw this news blurb in the wee hours of the morning over at Drudge, but didn’t have the time ..at the time, to do anything with it. I must admit that the first thought that came to mind was a story from a few years back, in which an Israeli officer at a check point asked a Palestinian musician to play a tune on his violin to ensure that he was indeed a musician and that there were no explosives in it.
Well the Israeli officer denied that he asked him to play, but the man in question, as well as activists in the area backed his claim up that he was forced to play something. I believe the border guard, but I also believe that it was well within his rights to ask him to play, since Palestinians have used musical instruments before to hide explosives that ended up murdering Israelis.
Some times being more attentive to political correctness will get people killed, I’ll choose saving lives over someones feelings being hurt, any day of the week. Debbie Schlussel has the right thinking in a post on the same story. Like Debbie, the Tundra Tabloids believes that some security issues automatically over rides personal sensibilities.
So Abdur-Rahim Jackson, an Alvin Ailey dancer and with a Muslim name and a Muslim-convert father was asked to dance for the Israeli port authorities, big deal. As Debbie Schlussel states:
“Hmmm . . . a Muslim trying to sneak into Israel as part of a Black American dance troupe. A terrorist would never do that, right? Actually, it’s the perfect cover. And if Israelis didn’t look into it, I’d say they were idiots. Checking into things like this is why Israel is still around–at least, for now–as a country.”
That’s right Debbie, Palestinian terrorists have used every trick in the terrorist play book to get wanted terrorists, suicide/homicide bombers, and a host of other deadly things past Israeli security check points. A terrorist posing as a dancer would be just one more way of getting a murderer into the country. So, hurt feeling or not, it’s the way things are, thanks to Muslim homicidal maniacs. More here at Schlussel.com KGS
UPDATE: D.Schlussel mentions the TT. Thanks Debbie!