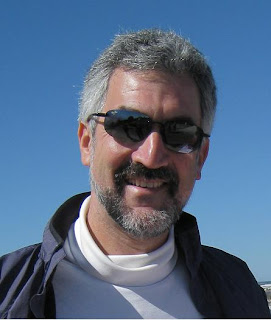 The Tundra Tabloids had the pleasure of hosting Dr.Daniel Pipes (Director of the Middle East Forum) this past Sunday during his visit with his lovely family to the Finnish capital of Helsinki. It was one of the reasons why the posting at the TT had slowed down considerably.

As usual, Daniel Pipes keeps a very busy schedule, so to catch up with him while he was here in the land of Sauna, Sibelius and Sisu, was indeed a very welcome surprise, as well as being a wonderful treat. My many thanks to him for taking the time and the effort.

He was just recently in Copenhagen where he delivered an excellent speech to the Danish Free Press Society, titled “The threat towards Israel”. The video of the speech given by Daniel Pipes at the DFPS is embedded below.

The main talking points in the speech were Dr.Pipes own observations of the mistakes made by Israel herself, as well as by the various western governments vis-a-vis the Palestinians and the Arab world. Please view the video and soak in the points what Dr.Pipes is conveying. The issues confronting Israel are very serious, and yes, could in the end, spell doom for the Jewish state if they are allowed to continue without a noticeable shift in attitude and resolve by those who say they support western morality and democratic rule. The stakes are that high.

The Tundra Tabloids won’t go into any detail of Daniel Pipes’ visit to Helsinki, since the stop over was just a private get-together amongst friends and acquaintances. But it will suffice to say that the stark message Dr.Pipes delivered in Copenhagen -which was a necessary wake-up call for all those who support the Jewish state of Israel- was also accompanied with a message of optomism while in the Finnish capital.

While walking the streets of Helsinki, Dr.Pipes alluded to a personal observation of Europe, that it does indeed show signs that there is still fight left within it, to resist its own Islamization. One crucial observation shared by many in the Counter-Jihad movement, is that the fate of Israel will directly effect the fate of Europe. One can only hope that the history being made presently, will be favorable to the future of both regions.

Thankfully there are a growing number of salient voices like Dr.Daniel Pipes, that are ready and willing to put the important issues of the day out before the people, which will hopefully cause a renewed kinship to the basic western principles that has given us so much. We cannot afford not to listen. *L* KGS

NOTE: Special thanks to Dr.Daniel Pipes and his family for gracing Finland with their presence, it will be the highlight for the TT’s Summer of 2008, and hopefully next time around, Dr.Pipes will be speaking to the various heads of state in Finland.