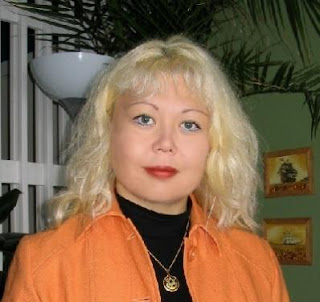 The Tundra Tabloids greatly respects the work that Suomenaro and others are doing, it’s invaluable work and potentially dangerous due to the highly volatile situation that these workers are often placing themselves right in the middle of. Hats off to them all, they are a real life line to many persecuted females.

Though most -if not all- of the situations that Suomaro is involved with concerns Muslim immigrants, she was very careful to remind the viewing audience that many cultures and religions have incidents of “honour related violence”. Riiiiiiiight. As the Baron told me the other day:

“right, all those Christian honour killings, I read about them every day”.

The interviewer asked Suomnaro pointedly, is the issue of honour violence an exclusive Islamic related phenomenon (paraphrased)? Answer. Oh no, it is a culture related phenomenon spanning many different cultures like the Hindus etc.. But when asked who she deals with in her every day role as a consultant, it was the Kurds, Turks, Iraqis, Iranians, Somalis and the like. This is pure political correctness in action, nothing more, nothing less.

I wonder about what impact the religious/cultural incursion of Islamic imperialism could have had on the indigenous populations that Islam conquered by the sword. It’s a fact that the conquered “Dhimmi” Middle Eastern Christians are not exempt from such behavior  so the influence Islam might have had -as an imperial power- on Hindu/Indian culture and society could have been the same.

We shouldn’t be afraid to address the situation as it really is, for only by confronting the ideology -head on- that is responsible for such human rights violations, can it be countered. If the overwhelming amount of honour crimes are happening within Muslim families, it’s wrong to label it a problem for “immigrants”. It badly misrepresents the overwhelming percentage of immigrants who ARE NOT involved with any such violent and anti-human rights behavior.

This is an almost exclusive problem for immigrant Muslim families coming from the Middle East, or even from Asia, for whom a patriarchal arranged family is a way of life. Even Suomenaro testified to the fact that the role of safeguarding the honour of the family does not rest with the father of the family, but also with the elder brother and the extended family, like an uncle.

Islam plays a central role in all of this, due to its relegating women as a devious sex object, and as an immensely untrustworthy and mentally weak gender. Contrary to Suomenaro’s assertion that Christianity contains the same misogynist element, the role of women within the Judaic/Christian culture over the centuries has proven that women are able to achieve equality through a reformation of its religious traditions. The same cannot be said about present day Islam, it’s just one of those inconvenient truths.

NOTE: YLE news report on it can be found here.

NOTE: I advise anyone that is interested in the subject of Islamic imperialism and jihad, purchase the books by Prof.Efraim Karsh (Islamic Imperialism A History) and by Dr.Andrew Bostom (The Legacy of Jihad)