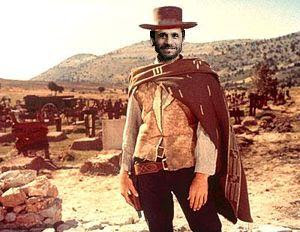 See what the sleeze monkey has spawned?

The hardline student group is offering a 400,000 dollar bounty for the slaying of Barak, 300,000 dollars to kill Mossad spy agency chief Meir Dagan, and the same sum for the assassination of military intelligence chief Amos Yadlin.

“Whoever kills these three criminals will receive these sums, and if acts of martyrdom are involved, the money will be paid to their families, Rajaifar told Iranian state news agency IRNA.”For the moment we have put three names on the list, but as soon as we have gathered more funds, other names will be added,” Rajaifar said. He was one of the organisers of an event in Tehran on Sunday, called ‘Setting the bounty for the revolutionary execution of the designers of state terrorism’.

They (Iranian IslamOwhackjobs) operate outside the realm of rational thought and reason, they’re as genocidal as the Hamas and ilk. It behooves me to think that there are those who believe that the current Iranian regime does not present a clear and present danger to world peace, let alone to their own people. More here. *L* KGS

Thanks to the Baron for sending this while the Tundra Tabloids was away on Counter-Jiahd business. *L* KGS