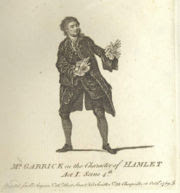 Like a Shakespearean tragedy unfolding before your very eyes, the British government moves closer to opening channels with the Islamist terror group Hamas.

In the British Lower House of Parliament, a report, disparaging the British government for its boycott of Hamas –which it deemed to have had detrimental effects to the overall situation in the PA– was released for viewing and debate.

According to the report, “the present day policy (of the Quartet which includes Britain) has squashed any hopes for the beginnings of a peace process. The report advises the reopening of channels with the Hamas through the help of Tony Blair.”

Nonsense say you? Why yes, but remember, this is a tragedy, and a tragedy usually contains all the key ingredients found in the governmental report, such as foolishness, arrogance, rejection of common sense ect.ect.. How one is to engage in a meaningful/reasonable dialogue with an entitety (HAMAS) that refuses to be reasonable is yet to be explained.

(I am interested in hearing from anyone who can explain to me, logically, how the Hamas can renounce/alter its charter –that calls for Israel’s total destruction– and still maintaining its credibility with its core supporters.)

Britain does not lack of its share of nincompoops, who look at commonsense squarely in the eye, laugh hysterically and act as fools. British Liberal Democrat, Baroness Tonge recently stated that:

“My Lords, this is very like a Shakespearean tragedy in brief—I do not know if you are familiar with them. However much some people like to deny the fact, the injustice which is Palestine is one of the major causes of the rise of terrorism in this world.”

Nonsense. Solving the Israeli/Palestinian conflict won’t solve the genocide in Darfur, anymore than it had something to do with the Algerian civil war that claimed hundreds of thousands of Muslim lives. Nor would the end to the conflict solve Iranian territorial claims on Bahrain, nor have an impact on what’s happening in Somalia.

It’s nothing more than a simplistic absurdity, to believe that ending the Israeli/Palestinian conflict will usher in a pax Muslim period, bringing also an end to worldwide terrorism. Believing in such nonsense tells of the detachment from reality and a gross misreading of what the Islamists themselves have said in the past and present, of their aims for the future, nor matter how farcical they may seem.

Britain’s latest show of dhimmitude is not a welcome development. *L* KGS