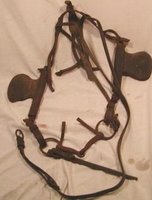 The gregarious assumptions made by those demanding a cease fire between Israel and Hezbollah, are indicative of that mindset that continually wants to morally equate legitimate IDF actions with that of the terrorist militias that operate on its borders. US Ambassador to the UN, John Bolton recently stated in an interview that:

“I don’t see the balance or the parallelism between the two sides”, neither do I.

Israel has a legitimate right to self defense, while the Hezbollah, which is a part of the Lebanese government, has had absolutely no right to violate Israeli territory with rockets and gun fire over the years, and now invade its borders to abduct Israeli soldiers.Those who are demanding a ceasefire, are in reality, only expecting hostilities to cease from the Israeli side, not Hezbollah.

A terrorist group does not understand the meaning of a ceasefire and therefore cannot be expected to keep it. Hezbollah will resume its hostilities, perhaps with lesser intensity, when an opportune time presents itself. That civilians have been killed is extremely regrettable, but unavoidable, since the Hezbollah had purposely stored its weaponry inside civilian sectors, which is a gross violation of international law. But that is what defines the difference between a state which functions according to the rule of law, and terrorist militias who care very little about human life, whether it be Jew or Arab.

Israel has limited its operations to areas under Hezbollah influence, targeting their fighters and the buildings that house their weapons that they aim at Israeli public centers. While Israel seeks to avert, or at least minimize civilian casualties with targeted strikes, Hezbollah has launched missiles filled with ball bearings to maximize their effect on the civilian population. They have no military value whatsoever, but as a weapon of terror, they’re devasting. Israel’s operations have been internationally recognized as being a legitimate act of self defense, while no credible government has yet defended Hezbollah’s right to invade Israel and abduct its soldiers. That’s the difference. KGS