The connections are undeniable, but will the Finnish media and political class care at all..?

Given Finland’s full-throated support for the Iranian regime in its fight with the US, I don’t think anything will come of this, at least domestically.

Based on the information I received earlier from Iraqi immigrants, I published how the SDP MP Hussein al-Taee had links with the Shia militia. You can read the article here.

There are two Iraqi men in the interview, one claiming to be a former activist in the Communist Party of Iraq and another former police officer. To date, there is no reason to doubt their information. They themselves are very concerned about the disclosure of their identity as they have relatives in Iraq who may be subject to targeted retaliation from Shia militias wings.

I have been on several phone calls and verified the men’s backgrounds. Neither of the men are religious, so the Sunni-Shia conflict does not apply. This, too, could be overturned by saying that Iraqi men are Sunnis trying to defile Shia Muslim Hussein al-Taee. However, this is not the case. This is not a ‘dispute between immigrants’, but a matter of great concern.

For the time being, the anonymous men say, “We want to do something for Finland.”

These whistleblowers say that Hussein al-Taee (real surname Abu Gulal) has close links with Islamist parties, which also has been verified by  Yle, being part of the Iraqi and Iranian intelligence networks and poses a threat to Iraqi dissidents in Finland. This does not sound very far-fetched, nor would it be the first time that the Middle East state has sought to influence Finnish politics and persecute dissidents, as well as government critics.

The worrying fact is how the SDP has dealt with Islamist affiliations, racism, Islamism and anti-Semitism.

“Hussein al-Taee arrived at the SDP’s summer meeting and received hugs, ‘No such man will be beaten’ – See what he says about his sick leave” – Read the news.

“Iran’s military leader, General  Qassem Suleimani,  is one of the world’s most influential figures. The United States sees him as a dangerous man whose tentacles extend from the top of the country to the heads of Iraq, Syria and Lebanon. ”- Read above Qassem Suleiman.

Although Iranian General Qassem Suleimani is largely unknown, he has been active in the Middle East for decades.  Photo: AFP / KHAMENEI.IR BBC

Al-Taee himself claims not to subscribe to his father’s ideology and is not affiliated with the Islamist network in question. Even the information about him published by him proves otherwise. Originally, Hussein al-Taeen was supposed to work for the Iraqi embassy on behalf of the SCIRI, but he got a job with CMI.

The MP has constantly had to explain, distance himself, apologize and whitewash his connections as they come to light. This strongly suggests that he cannot be trusted. Hussein al-Taee’s statements carry very little weight, as he is often caught up in counterfeiting, lying and hiding things. Several photos, publications and friends have been deleted from Hussein al-Taee’s social media accounts as journalists began to investigate them.

In an article above, Hussein al-Taee’s pro-Iran Islamist supporters and followers accuse the “Jewish lobby” of conspiracy in the revelations. This also speaks volumes about the impact of Iran’s state anti-Semitic propaganda and conspiracies all the way to Finland. In reality, the revelations have been made by me the entire time. I have nothing to do with the “Jewish lobby”.

Reporters investigating social media accounts of Hussein al-Taee have discovered how many of his supporters are supporters of the SCIRI Islamist Party and admirers of Iranian Ayatollahs. SCIRI seeks to increase Iran’s influence in Iraq and establish an Islamic state under Sharia law.

Since 2014, Iran has provided financial and armed support to the Iraqi Shia militia. This support is justified in the fight against ‘Isis’, but in reality it is intended to increase Iranian influence. There are also allegations that Iran has sent its own troops to Iraq. Of the Shia militias most widely known, is the “Hezbollah”. Hezbollah is a terrorist organization.

Iranian General Qassem Suleimani also controls Hezbollah. He is the Chief Sponsor and Commander-in-Chief of that terrorist organization. Suleiman’s confidant in Iraq is Haydar Qassem.

Haydar Qassem is a member of the Iraqi Shia Government and is part of the decision-making bodies of the Shia militia. He works under the notorious Qassem Suleiman and communicates between them with the Iraqi government. These Shia militias have committed genocide, kidnappings and murders. In their ruled areas of Iraq, Sunni Muslims have largely had to flee their influence. 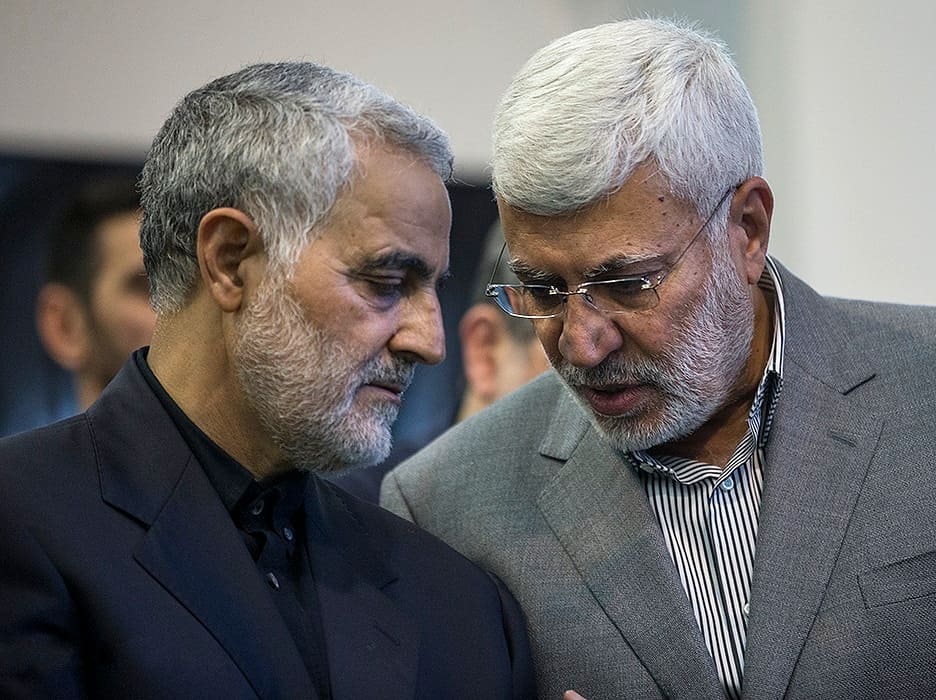 After publishing the photo above, Haydar Qassem has now blocked me from Facebook and several photos have been removed from his profile. They are aware of the investigations and are working to keep their connections secret.

A murderer confidant in Finland with his militia

Haydar Qassem at the Iraqi Embassy in Brussels. Also pictured is Hussein al-Taee.

Haydar Qassem at the Helsinki Kasarmintori.

According to information from the Iraqis themselves, Haydar Qassem and Hussein al-Taee are close friends. They have also spent time together, both in Finland and in Iraq. Why does Hussein al-Taee, who claims not to sign onto the SCIRI ideology and does not adhere to his father’s beliefs, have close friends and supporters who do, and spends time with members of that Islamist party and has good and close friends of the influential Shia militia chief?