The Gates of Vienna has the full story:

The following formal recommendations were submitted by Secure Freedom (the Center for Security Policy) to OSCE/ODIHR after this year’s conference in Warsaw.

For more on the OSCE’s Code of Conduct, see “The Successful Subversion of the OSCE”.

Recommendations to the Organization for Security and Cooperation in Europe (OSCE)
Participating States and Office of Democratic Institutions and Human Rights (ODIHR)
At the Human Dimension Implementation Meeting (HDIM), Warsaw, Poland 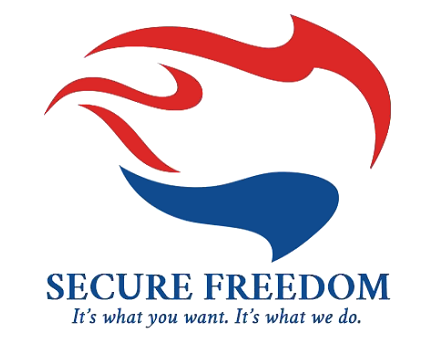 Working Sessions 10 and 11: Fundamental Freedoms I and II

Pursuant to PC.DEC/476 23 May 2002, Annex I, Paragraph 5,[1] below please find the recommendations of Secure Freedom, a civil society organization engaged in the human dimension in the United States of America, with respect to Fundamental Freedoms, including inter alia freedom of expression, thought, belief, conscience, and political opinion.

On behalf of the 28 civil society representatives from 14 countries who signed a letter of concern to ODIHR Director Ingibjörg Sólrún Gísladóttir over repeated attempts to shut down fundamental freedoms including freedom of expression within the OSCE context,[2] and recalling the letter from Members of Parliament expressing a similar concern,[3]Secure Freedom now welcomes and reinforces the Opening Statement by the United States, objecting “to certain provisions of the Code of Conduct promulgated by ODIHR [that] amount to content-based restrictions on the participation of civil society.”[4]

It is shameful that an organization founded to safeguard fundamental freedoms, which has human rights in its very name, should resort to censorship as ODIHR has.

As described multiple times in the past, the facts are these.

During the 2017 HDIM, the ODIHR moderator first reminded, then required, virtually every civil society intervenor who expressed concerns over Europe’s inadequately vetted immigration and continued illegal presence of those who subscribe to the totalitarian Islamic doctrine of Sharia, to abide by OSCE commitments with respect to tolerance and diversity.[5]

ODIHR did this in spite of the decision of the European Court of Human Rights (ECtHR) on July 31, 2001, that “the institution of Sharia law and a theocratic regime, were incompatible with the requirements of a democratic society.”[6]

The Court held that the sanctions imposed on the applicants could reasonably be considered to meet a pressing social need for the protection of democratic society, since, “on the pretext of giving a different meaning to the principle of secularism, the leaders of the Refah Partisi had declared their intention to establish a plurality of legal systems based on differences in religious belief, to institute Islamic law (the Sharia), a system of law that was in marked contrast to the values embodied in the Convention.”[1]

The ban was upheld by the ECtHR on February 13, 2003. Noting that the Welfare Party had pledged to set up a regime based on the Shari’ah, the Court found that, “a sharia-based regime was incompatible with the Convention, in particular, as regards the rules of criminal law and procedure, the place given to women in the legal order and its interference in all spheres of private and public life in accordance with religious precepts.”[2] It considered that “sharia, which faithfully reflects the dogmas and divine rules laid down by religion, is stable and invariable.”[3]

III. ODIHR, Not Civil Society, Must Conform to OSCE Commitments

Ironically, it is ODIHR staff, not civil society, that must adhere to OSCE Participating States’ commitments.

The OSCE Code of Conduct for Staff/Mission Members, which is agreed upon by Participating States and not simply an ODIHR fabrication, states that OSCE Staff and Mission Members “shall comply with the… commitments of the OSCE.”[7]

IV. ODIHR Must Abide by Commitments to Freedom of Thought, Conscience, Belief, Information, and Expression

OSCE commitments by which ODIHR is bound include, inter alia: