And yet the Leftist-islamo nexus in Helsinki is readying plans to break ground for a Grand Mosque (beachhead) for them.

LM: police officers to keep 79 per cent of asylum-seekers as a threat

According to Länsi (West) Media newspapers, 79 per cent of Finnish police officers feel that  asylum-seekers arriving to the country are a threat to the security of Finland and Finns. 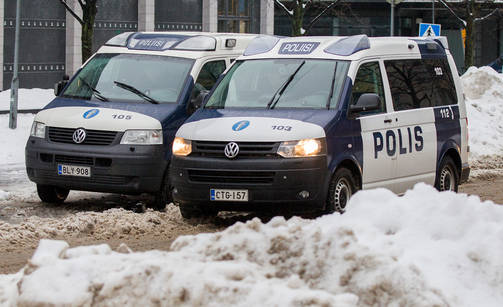 Finnish police take immigration with reservations and vote mostly for right-wing political parties or The Finns Party. The weakness of the Länsi (West) Media survey though, is the fact that only a third of police officers responded to it. (AOP)

[Tundra Tabloids: 1/3 responding is a healthy chunk of any demographic. IL is spinning here.]

Most who see the threats are the Lapland and Oulu police. The least threatened are their counterparts in Eastern Finland. According to the survey constables see it as a larger threat than regular duties.

Since the survey also reflected party affiliation in the police (four-fifths announced), so it can be said that Finnish police who support the Finns Party deem the threat caused by asylum-seekers clearly larger than, for example, a small group of their brethren who are in favor of the Green or RKP.

The result is based on the survey, commissioned by the media house Finnish Police union. The questionnaire was sent 7 580 union members. In Finland, active police officials are about 7 300.

West Media queries burdened by the fact that only 37 percent of them to whom it was sent replied.

The reported options were ‘large or extreme threat’ vs ‘small or no threat’. So MORE than 79% of police consider immigrants as ‘threat’. The questions themselves originally were ‘extreme’, ‘large’, ‘small’ and ‘none’, so you can only imagine the reason for the afterwards grouping… read on…

In fact, there was another statistics from the same questionnaire, where the answers were better shown based on political party support. Only the social democrat, green or left coalition voters had ANY fraction of ‘none’ answers, and for those the percentages were 2 %, 4 % and 5 %, respectively. Assuming that the police force has similar party support as the nation (we have to assume, as that was not published, why?) , the parties mentioned had popularity of 16.5 %, 8.5 % and 7.1 %.