Put on a sweater sweater Mahmoud, before you catch a death of cold.

Anyone outside of Islam upon hearing their child intending to commit an act suicide terrorism, would immediately implore the child not to do it, come home etc. Instead, this mother asks if he’s eaten.

The terrorist repeated to her mother that he is on a suicide mission. “Allah will take care of all of us,” he told his mother. The call, which lasted 70 seconds, ended with the mother asking her son if he had eaten.

‘On suicide mission; Allah will take care of us’: Pathankot attacker told mother in Pak 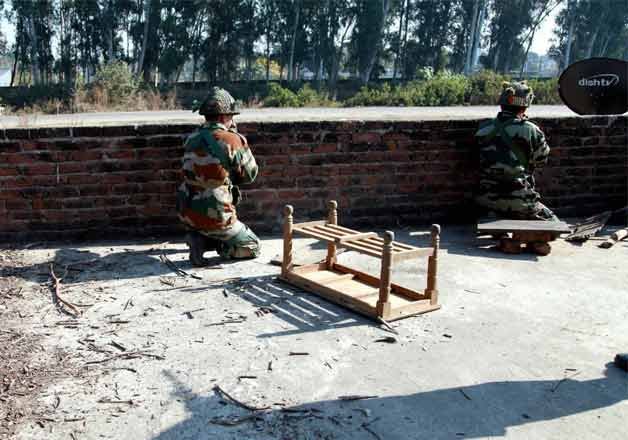 Pathankot: Details that have emerged following the terror strike in Pathankot have established a clear Pakistani hand in the attack that rocked the Indian Air Force air base in the wee hours today.

Details of call intercepts accessed by India TV reveal that the terrorists made four calls to Pakistan between 12.30 am and 2 pm, just hours before the attack. The conversation happened in Punjabi and Multani.

While three calls were made to the purported handlers in Pakistan, the last of the four calls needs special mention. It was a call made by one of the terrorists to his mother in Pakistan at 1.58 am today. In the conversation, the terrorist is heard telling his mother that he is on a suicide mission.

This was followed by a prolonged silence from the other side. The terrorist repeated to her mother that he is on a suicide mission. “Allah will take care of all of us,” he told his mother. The call, which lasted 70 seconds, ended with the mother asking her son if he had eaten.

The first call was made at 12.30 am and lasted 55 seconds. The conversation was in Punjabi. There were three persons on the other side and all of them talked one by one. The location of the call has not been disclosed.