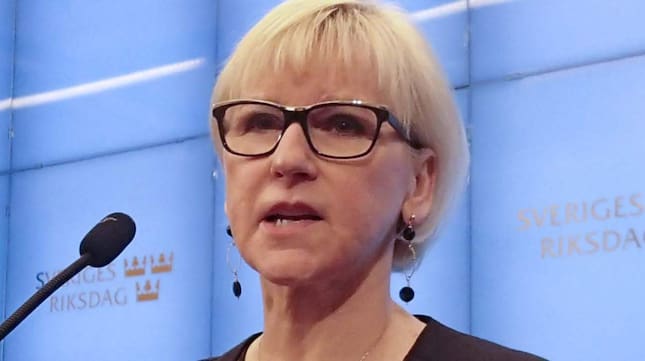 Sweden’s own foreign minister Margot Wallström attempted to put a bandaid over the latest row by suggesting that Jensen had crossed a line, but noting that the 44-year-old had simply made his plaster-related blunder as a result of inexperience.

“I’m thinking that he is new to the job as foreign minister. You have to forgive those kinds of transgressions. I am sure he will learn,” Wallström told the TT newswire at the time.

The crazy Swedes (the ones with political clout) make beige the new ‘N’ word in the recent band-aid ‘scandal’, which has led to the introduction of darker bandages for ”people of color”. The Danish FM stated during the height of the brouhaha that he’s glad he doesn’t live in Sweden. I’ve stated the very same on countless occasions.

NOTE: I deem any so called, ”person-of-color”, who complains of beige bandages, as being racist themselves. I can only imagine the international furor caused by beige people, in the darkest corners of Africa, complaining that they can’t get the right bandages of color for their skin tone.

A spat over the introduction of plasters for darker skin tones in Swedish pharmacies took an unusual turn when the Danish Foreign Minister offered his Swedish counterpart a box of band aids.

“I brought a small box of heart-coloured plasters to Margot,” Jensen was quoted as saying by the paper.

The quarrel, known as “plastergate” in the Danish press, dates back to mid-August when Jensen posted a link to an article about Swedish pharmacies introducing a range of dark-coloured plaster on Facebook alongside the comment: “I’m once again happy that I don’t live in Sweden….”

Pharmacy giant Apoteket’s decision to introduce the plasters followed criticism by Swedish blogger Paula Dahlberg who told public broadcaster Sveriges Radio in August that the company was contributing to racism by only offering shades of beige plasters on its shelves.

“The fact she said that demonstrates that there are heated discussions about immigrants and refugees right now,” Communications Director Eva Fernvall told The Local at the time, adding that the national chemist chain was committed to reducing discrimination.