The Tundra Tabloids would like to express its appreciation to all of its readers who dropped a few bucks into the hat to help Elisabeth with her court costs. Much appreciated. KGS 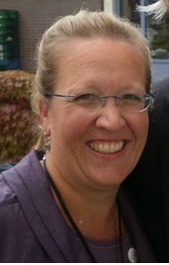 Yesterday was a crucial day in our fight against the Islamization of Europe and for the future of our civilization. As most of you know, I was acquitted of the charge of hate speech, but found guilty of denigrating religious teachings of a legally recognized religion. I am sure that you also know that this religion is Islam.

I can tell you that I am shaken to the core; not so much about the guilty verdict — that was a given from the start — but about the judge’s explanation for the verdict. These have been discussed elsewhere, so I will not go into them, but suffice it to say that it was indeed a dark day for young girls in Austria. What shocks me most, however, is that the judge is a woman who should know better. The reasoning used in her judgment is despicable, and a slap in the face for every woman and girl, from every race, religion, or nationality.

Marrying and molesting an a child is not to be tolerated, not in the 6th century, not in the 16th century, and definitely not in the 21st century. One would expect a woman, let along a judge, to know this. But the future and the appeals court will hopefully show that this judgment is morally and factually wrong.

Since the curtain has now fallen on the first act of this tragedy, I now want to do a round of thanks. I am indebted to so many people from all over the world, and I will try to do my best to mention most of them here.