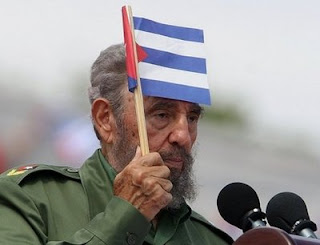 Welcome to the club Yanks,
we have set the bar real high

Castro socialist utopia:
Crap on the floor and between the ears

HAVANA (al-AP) — It perhaps was not the endorsement President Barack Obama and the Democrats in Congress were looking for.
Cuban revolutionary leader Fidel Castro on Thursday declared passage of American health care reform “a miracle” and a major victory for Obama’s presidency, but couldn’t help chide the United States for taking so long to enact what communist Cuba achieved decades ago.
“We consider health reform to have been an important battle and a success of his (Obama’s) government,” Castro wrote in an essay published in state media, adding that it would strengthen the president’s hand against lobbyists and “mercenaries.”
But the Cuban leader also used the lengthy piece to criticize the American president for his lack of leadership on climate change and immigration reform, and for his decision to send more troops to Afghanistan, among many other things.
And he said it was remarkable that the most powerful country on earth took more than two centuries from its founding to approve something as basic as health benefits for all.
“It is really incredible that 234 years after the Declaration of Independence … the government of that country has approved medical attention for the majority of its citizens, something that Cuba was able to do half a century ago,” Castro wrote.