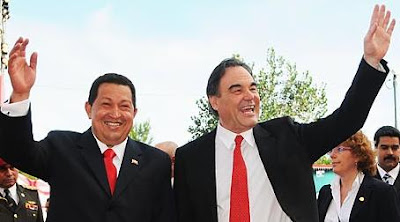 So Stone feels at home with Fascists
It only stands to reason why Lefty Stone would desire to turn history on its ear, for he believes Hugo Chavez to be a “historical phenomenon” as much as he does Adolf Hitler and Joseph Stalin. According to Stone’s narrative, it’s all the evil (capitalist) West’s doing, you know, the pilching of 3rd world national reserves and all that “imperialism”, that results in leaders like Hitler and Hugo coming into power.
But then again, Stone actually likes Hugo Chavez
In much of the same way many Lefties during the 30’s, 40’s and 50’s liked Uncle Joe Stalin, Oliver Stone is enthralled with Hugo Chavez and his anti-imperialist agenda. One of the more forgotten embarressments from the last century, was the Left’s facination with Mussolini’s “Fascismo”, something of which the Democratic party incorporated into their “New Deal” during the Roosevelt years. That disaster has crippled the US ever since, and with the election of the Manchurian candidate, Barack Obama, new life has been given to the marriage of business and state.
The Tundra Tabloids believes that this 10 hour docu-propaganda by Stone is in part, connected with the Marxist anti-historian Howard Zinn’s documentary series to be aired on the History Channel. This is just one more attempt by dedicated cultural Marxists to discourage Americans about their own history, by clouding and confusing the historical narrative thereby alienating “the people” from their patriotism for their country.
US patriotism sticks in the throats of cultural Marxists.
It’s what has happened in Israel and in many places throughout Europe, when extremist Leftist academics achieve high positions within the academy and create an echo chamber for their self styled propaganda. Once the politicians, media types and various governmental bodies have been inculcated by this echo chamber, the people, little by little, begin to no longer indentity and affiliate themselves with past generations. Snuffing out all forms of nationalism (for the developed world only) is at the heart of this movement.
The Jew always feels the brunt of the stick first
So it shouldn’t come as a surprise that this cultural Marxist movement in the US, seeks to limit or even cut off, all support for the Jewish state of Israel, who are considered nasty nationalist imperialists. At the heart of cultural Marxism is the loathing of the Jew, as much as there was in Hitler’s heretical Marxist National Socialism. So it shouldn’t surprise that Fascist Germany has much in common with Fascist Venezeula of today, and that the anti-Israel Oliver Stone is a big fan of Hugo Chavez. KGS
SWC’s Rabbi Abraham Cooper “The war on Venezuela’s Jews escalated with the attack in early February on a Caracas synagogue. Then the Sinaan Mordejay Community Center was pipe bombed in the early dawn hours this February 26th. Even before the arrest of 7 policemen for the first attack, nobody believed the government’s protestations that it was “shocked, just shocked” by the violence.
[…]
Until the recent drop in oil prices crimped his style, Chavez was emerging as the “sugar daddy” of the region. Bolivia’s President Morales is essentially a Chavez clone. Chavez has also attempted to subvert neighboring Colombia’s democratic government. All these countries are susceptible to infection by Chavez-style populist anti-Americanism and “anti-Zionism” which, all too often smacks of classic Jew-hatred. “ 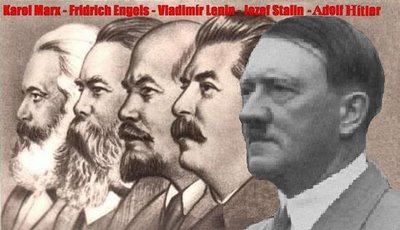