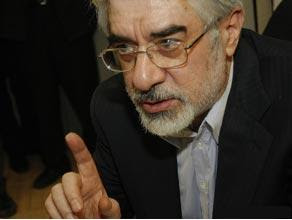 Mir Hossein Mousavi:
I hate Jews and liberalism as much as Moody

Mousavi is no moderate, who clearly comes from the conservative Islamic camp. According to a MEMRI report, Mousavi accepts: “the four fundamentals: Islam, the Islamic Revolution, Imam Khomeini, and Supreme Leader Khamenei“, as well as the continuing of the enrichment of uranium“, which can only be used for military purposes. The man is no moderate, and it’s amusing to see the Lib media pimping that message every time it can. Reformist minded indeed, what a flipping joke. KGS

VIENNA (AP) — A world wary of Iran’s nuclear program reacted cautiously Saturday to hardline leader Mahmoud Ahmadinejad’s hotly disputed re-election. Some expressed hope that the Islamic republic’s president will soften his defiance and warm to recent U.S. overtures. For the volatile Middle East and the West alike, the stakes were high.

Iran is a key economic player in the region, a perceived threat to Israel’s national security — and a major worry for the U.S. and allies who fear Tehran is trying to build an atomic weapon.

NOTE: Finland’s well known (domestically that is) Helsinki professor, Jaakko Hämeen–Anttila, bears a striking resemblence to Mir Mousavi. For those of you who don’t know, Hämeen–Anttila is a notorious apologist for Islam, who is the ‘expert’ the Finnish media turns to on anything related to the Middle East.

According to a very, very credible and well placed Tundra Tabloids’ source, Hämeen–Anttila refused to meet with an Israeli counterpart during the professor’s visit to Helsinki, because “it wouldn’t be seen as a kosher move by his Syrian contacts”. He’s connected to a joint Finnish-Syrian friendship society. 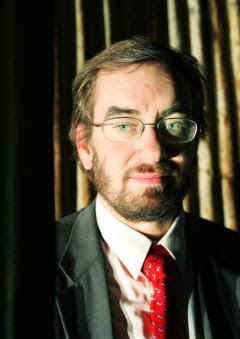 NOTE: He’s also translated the Koran into Finnish, and promotes Islam’s supposed shared values with Christianity and its supposed respect for the founder of that faith, Jesus. Yeah riiight.

“We are excited to see what appears to be a robust debate taking place in Iran,” Obama told reporters when asked about the Iranian election during an event at the White House.”

What many view as a Mullah run “blue smoke and mirrors” political process, the ZERO-IN-CHIEF sees it as a robust debate. Naive does not even begin to explain the Obama administration.