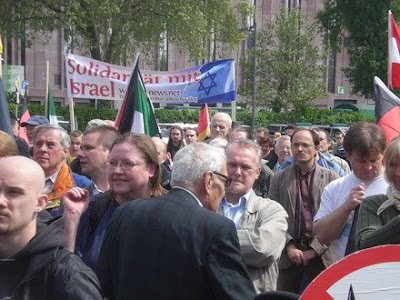 Liberal voices championing a free democratic Germany for allThe Leftist-Islamic alliance will try to fool you into believing that a small gaggle of “waaacists” converged to vent their radical “rightist” agenda. In reality, there were anywheres between 800-1000 + devoutly anti-racist/democratic voices who participated in the public event, that was organized to help prevent the city of Köln from becoming just another Islamic town indistinguishable from any city in the Islamic Middle East or Maghreb.While serial libelist Charles Johnson from LGF, seems more than happy and ready to pimp the German MSM’s spin, that only 300 Pro-Köln participants showed up, and hence his pathetic labeling of the Congress as a *bust*, the TT is inclinded however, to believe that though both sides have their own best interests at heart and fudge the figures, I can imagine that the size of the police driving many of the Antifa’s away…while encouraging the Pro-Köln supporters to attend.But let’s be very clear here, neo-nazis hate Jews, and one of the litmus tests to keep out the racists, (German pro-Hamas/Hezbollah factions are on the Left) is a no-tolerance for anti-semitism, period. It’s that ancient bigotry of bigotries, anti-semitism, that needs to be safeguarded against, which should never be confused with the mythical unicorn called islamophobia, for the former consists of an ethnic/racial group, while the latter is but an ideology. Period.One can leave Judaism, but still identify as an ethnic Jew, while a Muslim can reject his/her faith and become an ex-Muslim, but remains a Pakistani, Egyptian or Somali. The Ideology of Perpetual Outrage (IPO) wants to conflate Jew hatred with Islam hatred, while still insisting that any Muslim could never be an anti-semite. Contemplate on that one for awhile.But anyways, check out what Baron Bodissey has posted about the “da’wa operation is the deliberate and well-planned coordination of the city’s Muslims with the extreme Left and the “anti-Fascists”.” Also worth reading is BB’s post on the Antifa counter-demo, in which the MSM chooses to focus on the Antifa jack-boot’s narrative instead of what the promoters of the Anti-Islamization Congress were trying to say. The government was also in on the fix. 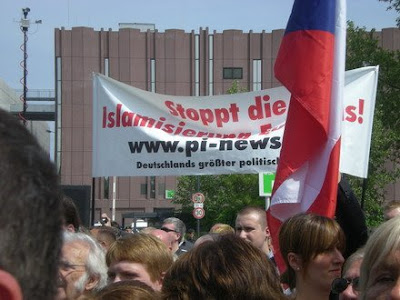 One of the TT’s colleagues was present at the event, and witnessed that the police became quite lax and allowed some antifas to get in and amongst the pro-Köln people, before dragging some of them away. Check out the video here, and look for yourself at the way they were pushing the police, which is something that the anti-Islamization sponsored crowds will never do, because they respect the law, unlike the mix of anarchists/assorted Leftists that make up the very fascist anti-fascist ranks of ANTIFA.The Tundra Tabloids would rather spend time with the likes of these honorable people 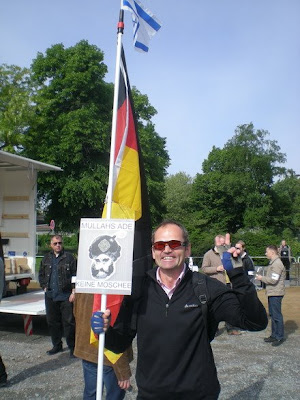 Than with the Leftist rabble (in face masks) that parade as defenders of Western society, though they align themselves with the most anti-democratic/Western voices ever known in the history of mankind. KGS 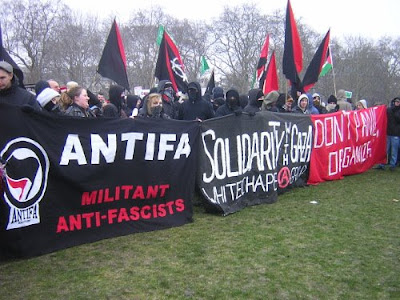 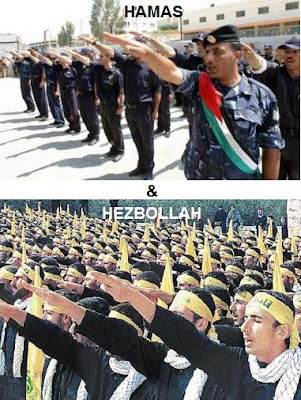 The circle is now complete.