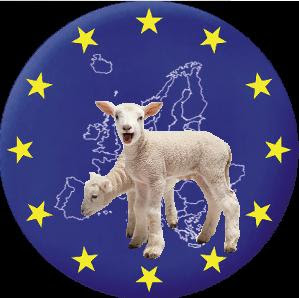 A day after Foreign Minister Avigdor Lieberman wrapped up his first diplomatic trip to Europe with a meeting with his German counterpart Frank-Walter Steinmeier in Berlin, German lawmakers on Friday said the visit left them somewhat disappointed.
It was a swan song of soft power in every way,” Werner Hoyer, a foreign policy expert for the pro-business Free Democrats told the Berliner Zeitung newspaper, according to a translation provided by the German English language Web site The Local. “Lieberman sees us Europeans as a pile of cowards.”
In his meeting with Steinmeier, Lieberman urged Berlin to support boosting ties between the EU and Israel and not to condition the planned upgrade on the progress of peace talks with the Palestinians. Steinmeier called on Lieberman to abide by previous agreements with the Palestinians and to back a two-state solution.
[…]
Meanwhile foreign policy expert for the center-left Social Democrats Gert Weisskirchn said Lieberman focused mostly on containing Iran, Hizbullah and Hamas.
“If I try to frame it in a positive light, then Lieberman is playing the role of the bad guy,” Weisskirchen said, adding that although Lieberman spoke of the threat from Iran, he didn’t recommend military action.
The lawmaker said Lieberman had described peace negotiations thus far as an “industry” of fruitless diplomatic meetings.
However, Weisskirchen said the foreign minister didn’t directly criticize a two-state solution and that he urged the European Union to provide assistance to the Palestinians.

The Tundra Tabloids met Gert WeissKirchen a few years ago in a meeting at the Finnish Ministry for Foreign Affairs in Helsinki, where he came across as being genuinely serious about combating anti-semitism. He stated that he had devoted the better part of his political career in doing just that, and will continue to do so until he retires from political life.
The TT also observed that Weisskirchen agreed with my sentiment that much of the anti-semitism being promoted in Europe these days is coming from Muslims, and though he appeared not to like being reminded that his political comrades on the Left have involved themselves with anti-semitism as well, he clearly understood that it was a reality. So I honestly believe that he was being sincere in his statements that were reported in the J’lem Post article.
He’s one of the few SDP politicians that I would dare trust with his opinions, he does indeed realize what is anti-semitism, who is mostly behind it these days and how Israelis feel and interpret their chances in reaching a peace agreement with such a mentality. So this is one man I wouldn’t dare call a coward. KGS