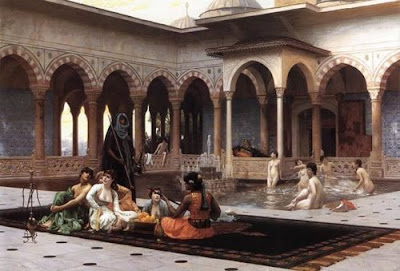 “The prison, which Finland paid for, was a way for aid workers to reach these women in order to provide security, health care and education for them and their children.”

Sounds like the conditions were better than what most prostitutes in a harem would encounter. KGSH/T: YLE, Islam in Europe
Finnish-Funded Prison Turns Brothel

Finnish officials suspect that a new women’s prison in northern Afghanistan, built through Finnish money and political will, may have been turned into a brothel. The Ministry of Foreign Affairs suspects that inmates may have been forced to sexually service guards, employees and their guests.

“We suspect that the prison’s top managers are involved, but we haven’t confirmed this, as inquiries into the matter are still ongoing,” says Rauli Suikkanen, a counsellor at the Foreign Ministry’s Department of Asian and Oceanic Affairs.

“It’s possible that this activity was not entirely forced upon all the women. Drug dealing and the presence of drugs may also be an issue,” he says.

The ministry got wind of the abuse when its own staff members were offered the inmates’ sexual services.

The prison was supposed to be a kind of haven for disenfranchised women. This may seem strange to Westerners, but many women in Afghanistan are imprisoned for adultery, various forms of ‘dishonour’, and for being the victims of rape. Children are often imprisoned with their mothers in squalid conditions.

The prison, which Finland paid for, was a way for aid workers to reach these women in order to provide security, health care and education for them and their children.

The prison was intended to be a model to the rest of the country’s prison system. It was also an important goal for Finland’s development workers in Afghanistan, for whom women’s rights and welfare has been a key issue. The prison was not only a drastic improvement in infrastructure from the old, crumbling women’s prison, but it housed a day care centre for the children, and a sewing workshop where the women could make and sell handicrafts.