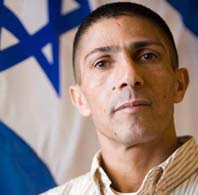 I am a proud Israeli
This is a solid response, not only to the organizers and supporters of the ludicrously named ‘Apartheid Week’, but also to all those who single out Israel for extra special attention. Khaldi hits the nail squarely on the head in this op-ed which appeared in the San Fransisco Chronicle, in pointing out the gross hypocrisy of the anti-Israel crowd, who only know how to tear down, but never build up.Though Khaldi doesn’t explore the thought, the Tundra Tabloids believes that the majority of those who vilify Israel whenever the opportunity presents itself, could care less about the average Arab or Jew, it’s all about attacking supposed symbols of Western imperialism. They could care less whether Jews or Arabs are murdered with the destruction of Israel, and Israeli Arabs are then forced to live under the vicious rule of Hamas or Fattah. It’s all about nihilism, and over turning the existing order and damn the consequences.The only point I disagree with Khaldi on, is about “moderate Arabs”. Arabs, living within the WB and Gaza that have no problem with a Jewish state, are a minority and without credible influence, it’s an illusion to believe that a parity exists between the Palestinians and Israelis who want peace. The Arabs who hold similar views like Khaldi, can only be found on the Israeli side of the fence, not in the West Bank or in Gaza. KGS
Lost in the blur of slogansBy Ishmael Khaldi

Last year, at UC Berkeley, I had the opportunity to “dialogue” with some of the organizers of these events. My perspective is unique, both as the vice consul for Israel in San Francisco, and as a Bedouin and the highest-ranking Muslim representing the Israel in the United States. I was born into a Bedouin tribe in Northern Israel, one of 11 children, and began life as shepherd living in our family tent. I went on to serve in the Israeli border police, and later earned a master’s degree in political science from Tel Aviv University before joining the Israel Foreign Ministry.

I am a proud Israeli – along with many other non-Jewish Israelis such as Druze, Bahai, Bedouin, Christians and Muslims, who live in one of the most culturally diversified societies and the only true democracy in the Middle East. Like America, Israeli society is far from perfect, but let us deals honestly. By any yardstick you choose – educational opportunity, economic development, women and gay’s rights, freedom of speech and assembly, legislative representation – Israel’s minorities fare far better than any other country in the Middle East

So, I would like to share the following with organizers of Israel Apartheid week, for those of them who are open to dialogue and not blinded by a hateful ideology:

You are part of the problem, not part of the solution: If you are really idealistic and committed to a better world, stop with the false rhetoric. We need moderate people to come together in good faith to help find the path to relieve the human suffering on both sides of the Israel-Palestinian conflict. Vilification and false labeling is a blind alley that is unjust and takes us nowhere.

You deny Israel the fundamental right of every society to defend itself: You condemn Israel for building a security barrier to protect its citizens from suicide bombers and for striking at buildings from which missiles are launched at its cities – but you never offer an alternative. Aren’t you practicing yourself a deep form of racism by denying an entire society the right to defend itself?

You are betraying the moderate Muslims and Jews who are working to achieve peace: Your radicalism is undermining the forces for peace in Israel and in the Palestinian territories. We are working hard to move toward a peace agreement that recognizes the legitimate rights of both Israel and the Palestinian people, and you are tearing down by falsely vilifying one side.

To the organizers of Israel Apartheid Week I would like to say: If Israel were an apartheid state, I would not have been appointed here, nor would I have chosen to take upon myself this duty. There are many Arabs, both within Israel and in the Palestinian territories who have taken great courage to walk the path of peace. You should stand with us, rather than against us.

Ishmael Khaldi is deputy consul general of Israel for the Pacific Northwest.