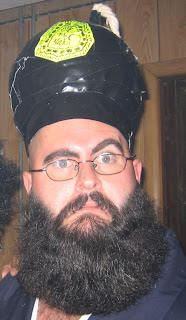 Hey, it’s following the perfect example of Mohamed that counts right?
From the Sheik: “Islamic Apologetics Rule #7734: Anytime Islamic practices garner bad publicity (child marriage, domestic violence, etc.), they must be blamed on “culture.”
The Tundra Tabloids has to ask the obvious, just how are these imams guilty under Islamic law, Sharia? How are these Muslims clerics so misguided in their reading of the Koran, and where are their Islamic peers pointing out to them, from their holy texts, where such pratices are not sanctioned by Mohamed? Crickets chirping. KGS

The Age.com SOME Muslim religious leaders in Victoria are condoning rape within marriage, domestic violence, polygamy, welfare fraud and exploitation of women, according to an explosive report on the training of imams. The report says some imams apply Sharia (Islamic law) when it benefits men but not when it benefits women, and that they hinder police from pursuing domestic violence charges.
Women seeking divorces have also been told by imams that they must leave “with only the clothes on their back” and not seek support or a share of property because they can get welfare payments. And the report says some imams knowingly perform polygamous marriages, also knowing that the second wife, a de facto under Australian law, can claim Centrelink payments.
The report is based on a study commissioned and funded by the former Howard government and conducted by the Islamic Women’s Welfare Council of Victoria. It was presented yesterday at a National Centre for Excellence in Islamic Studies conference at Melbourne University. It is the result of extensive community consultation, interviews with police, lawyers, court workers and academics, and meetings with and questions to the Victorian Board of Imams.