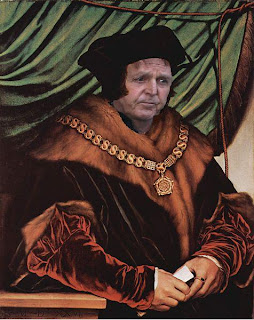 The Tundra Tabloids is reminded of Sir Thomas More, “one who remains true to himself and his beliefs under all circumstances and at all times, despite external pressure or influence“.
The former Beatle has been threatened with death by jihadi, Omar Bakri, if he visits the Jewish state for his upcoming singing performance on the 25th of Sept., stating that McCartney is:
“creating more enemies than friends,” “If he values his life Mr. McCartney must not come to Israel. He will not be safe there,” “The sacrifice operatives will be waiting for him.”
Sir Paul McCartney: “I’ve heard so many great things about Tel Aviv and Israel, but hearing is one thing and experiencing it for yourself is another.”

Exactly Paul. One needs to visit the Jewish state to experience the normality there, which is most importantly, an everyday occurrence. Israel receives an enormous amount of attention by the international media, but since the lion share of their reports focuses solely on the negative aspects of the Jewish state, a very warped picture emerges.

A clear example of Israel’s badly maligned image being reversed by a simple visit, was last year’s first ever visit to Israel by Maulana Jameel Ahmed Ilyasi, secretary-general of the All-India Association of Imams and Mosques. (The Finnish media failed to report that important visit)

“Indian Muslims do not have a very good impression of the Israelis. The protesters were saying, you are going to Israel, a country which humiliates the Muslims. That’s the impression that they have,” Ilaysi explained. He said the protests symbolized the natural opposition which arises to positive acts. “When you do good deeds, you are bound to have challenges and hurdles,” he added. […]

My impression was initially that the Israelis are certainly dominating Muslims out here. Once I came here, that impression completely changed,” Ilaysi said. “I saw the reality on the ground, the mutual respect Israeli Arabs and Israeli Jews have for each other. Constant conflict is not the reality here,” Ilaysi said, describing his visit to the Israeli-Arab village of Abu Gosh, frequented by Israeli Jews.”

There is much to be learned by visiting and talking to mainstream Israelis that make up the overwhelming majority of the Israeli state. What the media does however, is to interview the fringe of Israeli society, like hard core Leftists who lambaste Israeli policies, and ultra-religious settlers (most settlers are secular and live in suburbs next to Jerusalem) who are deemed as intolerant.

One other thing worth mentioning, is that the Indian Muslim leader approved of Israel’s tolerance of sharia courts in the Jewish state, something which the Tundra Tabloids is in complete disagreement with, for all of the obvious reasons. It seems that Israel is very much like Europe indeed.

But back to Paul. His response to the death threats made by the Lebanese al-Qaida terrorist, Omar Bakri, are most telling, and should inspire the rest of us to not loose courage in the face of intimidation and death threats by these Islamic 7th century throwbacks. McCartney states that he’s: “shocked but not intimidated“.