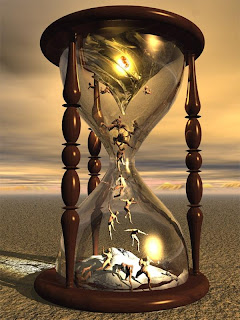 The stage is being set for an eventual confrontation between Iran and Israel, as the Iranians continue to enrich their uranium to the sound of the Europeans pleading for more negotiations.

How ironic that it doesn’t have to be this way. If the Europeans were to show just an ounce of spine and instead of proposing yet more negotiations, start demanding that Iran completely suspend all enrichment of uranium ……. or face “serious consequences”, the Iranians would be less eager to proceed with their nuke weapons program.

The world is watching while a genocidal leadership is racing to arm itself with nukes, all the while it boasts about its intention to murder millions. Not even Adolf Hilter’s National Socialist regime openly admitted as much, but here we see the Iranians doing so, while their leaders are being openly courted to speak to western audiences. It’s pure lunacy.

Shabtai Shavit, an influential adviser to the Israeli parliament’s defence and foreign affairs committee, told The Sunday Telegraph that time was running out to prevent Iran’s leaders getting the bomb.

Mr Shavit, who retired from the Israeli intelligence agency in 1996, warned that he had no doubt Iran intended to use a nuclear weapon once it had the capability, and that Israel must conduct itself accordingly. “The time that is left to be ready is getting shorter all the time,”

The Israelis are going to be left alone once again to defend themselves while shouldering the burden of helping the West to get rid of yet another threat. They were forced to take out Iraq’s nuke plant as well as the Syrian’s, and the West is ready again to allow them to do the same with Iran, while raking them over the coals for doing what they were unwilling to do themselves.

They’ll heap loads of condemnation on Israel for “acting unilaterally” and outside of “international law”, all the while they wipe their foreheads and breathe sighs of relief that at least for now, the region was brought back from the brink of a nuclear holocaust. Engaging in a conventional conflagration is clearly the lesser of the two evils, so the West, as well as the Muslim / Arab world will turn a blind eye as they beat their chests in moral indignation.

If successful, Israel’s destruction of Iran’s nuclear capabilities will not only ensure Israel’s future survival, but will also ensure that Europe will not be black mailed into a more submissive role vis-a-vis Iran, and that Iran’s Mullah run theocracy will be denied the chance to further violate the human/civil rights of its own people with impunity. It’s time for the Europeans to think outside of the box and begin realizing what life will be like with an Iran armed with nuclear weapons. More here. *L* KGS