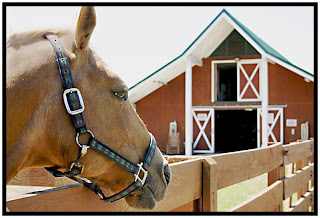 In a column in today’s Helsingin Sanomat, Olli Kivinen opines “When will we dare“? The issue he raises is about the long tug of war between Finland’s presidential powers and those of the Finnish parliament. But here’s the rub, Finland is squabbling over its local democracy after already giving away the lion share of its sovereignty to Brussels.
There wasn’t hardly a peep heard about the ratification of the Lisbon Treaty by the Finnish parliament last year, which had rejected a referendum on the Lisbon Treaty by the people in a popular vote. No, instead the Finnish political elites circumvented the people and overwhelmingly approved of the (once already rejected) EU Constitution/Lisbon Treaty, thereby handing over Finnish national sovereignty to Brussels…without a whimper.

I find it ironic that in the current Finnish discourse, the debate is about securing “more” power to the people through our Finnish parliament, when we have already lost Finnish sovereignty to Brussels, if the Irish vote yes to the Lisbon Treaty on Thursday.

1.) having in Helsinki, the same kind of government that is in Brussels, where

2.) the ministries make up laws in secret,

3.) not knowing who is involved in the process (what special interests reside in these completely unknown “working groups”), and

4.) the Finnish MP’s we elect to the Finnish Parliament (Eduskunta) will only have the right to “suggest changes” to laws that the ministries will eventually vote on?

Melanie Phillips spots a dangerous elephant that none of our politicians here in Finland have yet to notice:

“This constitution, which would bring into being an unprecedented bureaucratic super-state and end once and for all what remains of the independence of EU member nations, was dumped after it was rejected by French and Dutch voters in 2005. It was then resurrected in all but name as the Treaty of Lisbon, which Parliament is in the process of ratifying. This week, that constitution faces a triple test. […]

Our own Trade Minister has admitted that ‘around half of all UK legislation with an impact on business, charities and the voluntary sector’ stems from laws passed in Brussels. Once these powers have been transferred to the EU, observed Mr Lilley, ministers engage ‘in a charade of pretence that they retain those powers’ and often end up ‘nobly accepting responsibility for laws which they actually opposed in Brussels’.” […]

And the EU is fundamentally an anti-democratic project, based on the belief that the individual nation is the source of the ills of the world and that by contrast supra-national institutions offer the solution to all its problems.

It is that absence of democratic transparency which is now corrupting not just European politics but our own. The fresh outbreak of ‘Tory sleaze’ over the expenses gravy train is rooted in Brussels, where corruption is the accepted way of EU life.

Even former US Ambassador to the UN, John Bolton is sending a warning to the Irish not to hand over their sovereignty to Brussels:

“The only people you elect have a very limited role and I think this treaty will further enhance the power of institutions in Brussels without extending democratic authority to people.”
Listen up people of Ireland, don’t throw it away like we did so casually here in Finland. Our leaders deceived us and sold the shop for cheap while we were out on a coffee break. It’s moronic to be talking about giving the Finnish people more “power” over their lives through their elected officials in parliament, when they -our elected officials- have already squandered the people’s power last year, in what amounts to have been a disingenuous coup de tat by Brussels. *L* KGS
Via Atlas Shrugs and D.D.
Update: The TT’s Austrian source, ESW, sends the following about growing disillusion of the EU in Austria.
All power sits in Brussels

Majority of the population convinced: National politicians have no influence. 53 percent of Austrians are convinced that policy is determined almost exclusively by Brussels. They see local politicians largely derpived of any power. This is the result of a recent MARKET survey. Only 36 percent believe that national politicians are able to exercise great influence and that the EU is a pretext. The rest is undecided or refused to answer.

Indeed, the influence of local politicians has changed after (Austria’s) EU accession. They must find a common solution on many important decisions, especially in the economic sector, with representatives of all other Member States. However, on central issues such as taxation, education or social policy the EU has little influence.

In particular, people with higher education (with high school, university degree) still see a large concentration of power politics in their own country, according to the Market survey. Less educated tend to see Brussels as overpowering.