That they say you can’t, is all the more reason that you should…

Once again the video I captured from Martin Himel’s documentary: Jenin, Massacring Truth. This clip from the film taken almost 20 yrs ago accurately depicts what’s going on with this story today, and free speech vis-a-vis the Islamic world.

The cartoon shows Erdogan, apparently in his underwear, holding a drink and lifting the skirt of a woman wearing Islamic garb.

“We strongly condemn the publication concerning our president of the French magazine, which has no respect to faith, the sacred and values,” Erdogan’s spokesman, Ibrahim Kalin, tweeted.

Tensions between the two NATO allies have risen in recent months as Macron vowed to defend secularism in the wake of the public beheading of a French teacher earlier this month by a Muslim militant.

NOTE: I have been making fun of Erdogan for years. A Turkish friend of mine had, later on, asked me to remove any mention of himself in a piece I wrote about Erdogan, using the following drawing because he said that his life may be threatened by the Erdogan government. I complied. 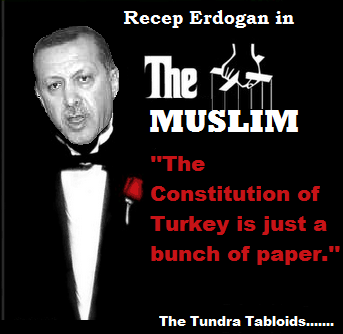