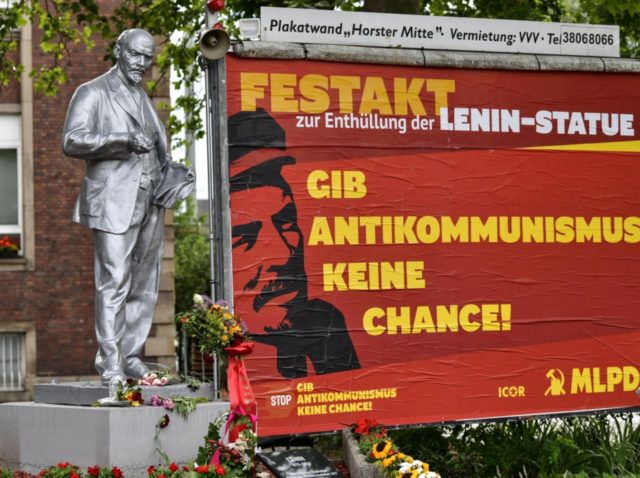 A statue of Bolshevik communist despot Vladimir Lenin has been erected in Germany– as statues of George Washington, Thomas Jefferson, and other historic figures are torn down in the United States, the United Kingdom, and the wider West.

Lenin, born Vladimir Ulyanov, was the inaugural leader of what later became the Union of Soviet Socialist Republics (USSR), or Soviet Union, after his Bolshevik faction failed to win a democratic majority in the All-Russian Constituent Assembly but came out on top in the brutal civil war which they plunged the Russian Empire into in 1917.

Despite posing as a champion of national and ethnic minorities and their right to self-determination in the early period of his revolution, factions which attempted to govern themselves autonomously in the Ukraine were ruthlessly crushed, and he later invaded neighbouring countries such as Azerbaijan, Georgia, and Poland.

Nevertheless, the long-dead foreign dictator is being honoured in the German city of Gelsenkirchen with a statue, a 1950s relic of the former Soviet vassal state of Czechoslovakia — even as statues of historic Westerners are being torn down across the world amind the now-global Black Lives Matter unrest.