Clearly this government is out of its depth… 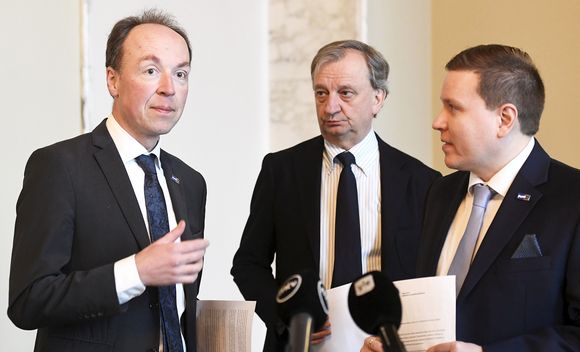 Only a single MP from outside the Finns Party is joining the demand for a government response.

The Finns Party Wednesday filed an interpellation aimed at a motion of no-confidence vote in the government over what it claims are conflicting government policy statements regarding the refugee situation on Greece’s border with Turkey.

The party says that the Finnish government has expressed one message in EU gatherings and a different one in domestic politics.

Greece has closed its border with Turkey to refugees and temporarily suspended acceptance of any new asylum applications.

Interior Minister Maria Ohisalo told Yle last week that Greece is acting contrary to its commitments, and added that all countries should uphold international law with regard to asylum applications.

“This kind of policy [international asylum policy] is in conflict with Greece’s decision according to which Greece is protecting its borders and refusing to accept asylum applications,” the Finns Party’s interpellation states.

No backing from NCP or CD

The second-largest opposition grouping, the National Coalition Party (NCP) announced on Tuesday that it would not support the Finns Party’s move toward a vote of no confidence on the issue.

The NCP declined to back the interpellation because of a demand by the Finns Party to temporarily reinstate internal border controls throughout the European Union.

According to the NCP, border controls within the bloc would have detrimental economic effects and increase unemployment in Finland.

The opposition Christian Democrats (CD) announced Wednesday that they had been unable to reach agreement with the Finns Party on the text of the interpellation and so would not support it.

It does look likely, however, that the NCP and CD will table their own motions of no confidence in the upcoming debate.

The single member in parliament representing the opposition Movement Now party, Hjallis Harkimo, has signed on to the Finns Party interpellation.

In addition to the reintroduction of border controls inside the EU, the Finns Party document calls for a number of other changes to immigration policy. Among those is the rejection of asylum applications by EU countries from anyone arriving from another member state.

According to the Finns Party document, “Asylum seekers arriving in Finland from Sweden must be stopped at the border and their applications should be rejected as being clearly without basis. Individuals who for one reason or another cannot be turned back or returned elsewhere should be placed in a location where they do not have access to the rest of society.”

It also says that Finland should not promote a temporary or permanent refugee relocation mechanism, arguing that this would only entice more people into the EU.

Furthermore, the Finns Party says that international agreements should be revised so that refugee arrivals are not permitted to decide in what country they apply for asylum.