I.J. Benjamin on Jews in Mid-19th Century Islamdom, Versus America: Sharia Versus Freedom 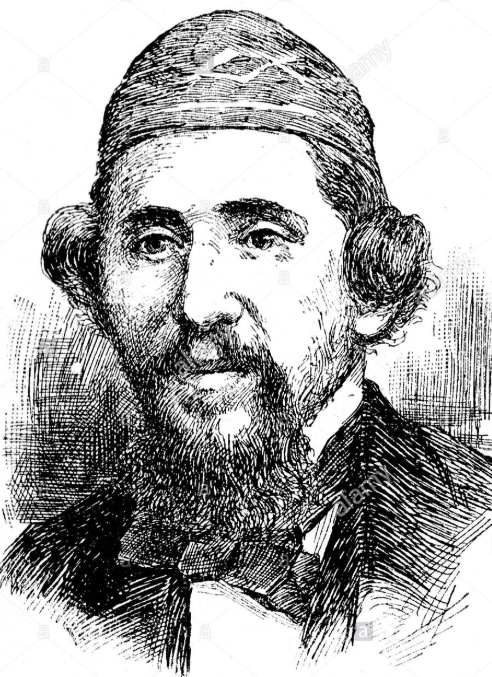 Israel Joseph (I.J.) Benjamin [1818-1864], was a “maggid”, an itinerant Jewish preacher, best known for his extensive first hand mid-19th century travelogue accounts of the Jewish communities of Africa and Asia (“Eight years in Asia and Africa from 1846 to 1855”), and subsequently, America (“Three years in America, 1859-1862”). Benjamin’s writings were supported by letters and various other memorabilia he collected during his journeys, and ultimately garnered contemporary approval as “truthful and simple narrative” accounts, by respected scholars of his era such as Alexander von Humboldt, Carl Ritter, and Julius Heinrich Petermann.

I am unaware of any direct juxtaposition of Benjamin’s observations on the condition of Jews in mid-19th century Islamdom, i.e., under the jurisdiction of Islamic Law, Sharia, relative to their simultaneous American experience. Extracts from “Eight years in Asia and Africa from 1846 to 1855”, and “Three years in America, 1859-1862”, allow direct, res ipsa loquitur comparisons of Jews living under Sunni Ottoman Sharia in their indigenous homeland of Israel (historical “Palestine”), as well as the Shiite Persian Sharia, versus American Constitutional law, while the United States, in addition, was a devoutly Christian country (i.e., in the mid-19th century words of Tocqueville, “there is no country in the world where the Christian religion retains a greater influence over the souls of men than in America; and there can be no greater proof of its utility and its conformity to human nature than that its influence is powerfully felt over the most enlightened and free nation of the earth.”)

To illustrate, the antithetical ideological underpinnings of these Islamic, and American systems, I have included germane writings from the Sunni Ottoman jurist Molla Khosrew, the Shiite Persian jurist al-Majlisi, and America’s first President, George Washington.

Molla Khosrew (d. 1480) was a celebrated writer and jurist, who was appointed the Ottoman Shaykh-al-Islam (highest ranking Ottoman Muslim religious official) by Sultan Mehmed II in 1469.  One of Molla Khosrew’s authoritative, widely cited legal works, reiterated these classical views on Sharia-based governance of Muslims, and their overall legal inequality including specific restrictions on religious and social freedoms. For example, he reiterated these classical views on the jizya—a blood ransom poll-tax demanded in lieu of being slain and completely dispossessed. The jizya was collected regularly (most often annually), in person, and in a manner that confers the subjects humiliation, due to their willingly imperfect belief, consistent with Koran 9:29. Of note also, is the specific admonition to Jews:

“Jizya is a term that refers to that which is collected of the dhimmi, in exchange for their life and belongings… [belongings] referring here exclusively to land and non-moveable property [as] nothing else, except the land and the home, remain in the hands of the conquered…There are two kinds of tribute, or jizya: one is agreed upon following surrender; the other is set by the Imam if the enemy has been vanquished by Muslims following a battle. The agreed-upon jizya is not subject to later negotiations. The only situations that allow the cessation of payment are the following: death, conversion to Islam, the onset of a physical handicap, such as blindness, mutilation, or old age, to such a degree as to no longer allow work..[and] the debt contracted due to the non-payment of the previous year’s jizya should not expire… The obligation to pay the jizya ends with death or with conversion to Islam, because the divine law, [Sharia] considers such an obligation to be an earthly punishment: it serves the punitive purpose of chasing away evil from the world…The jizya should not be accepted when payment is made through an intermediary, rather, the payer should come in person to pay, and remain standing: he who is collecting should, on the other hand, be sitting. In the Al-Hidaya text [classical Islamic Law text of the Hanafi school of jurisprudence], the tax collector is also expected to shake the clothing of the payer, saying “Pay the jizya, oh dhimmi”, further, … the tax collector can also say, ‘Oh Jew, enemy of Allah, pay!’ [emphasis added]…In other texts…we read that the dhimmi should be hit on the neck at the time of collection.”

Also in accord with classical Islamic jurisprudence, Molla Khosrew outlines the typical regulations—regarding religious structures and practice, the prohibition on bearing arms, and distinguishing forms of dress, modes of travel, neighborhoods, and abodes—which complemented the jizya collection, and formed the basis for the system of dhimmitude (in this specific case, the Ottoman version):

“Building a synagogue or a church or a [Zoroastrian] Temple of Fire is not allowed. The term synagogue [kanisa] indicates a place of worship of the Jews, while church [bay’a] indicates a place of worship of the Christians. A place for spiritual retreat is also considered like a church. The prohibition concerns places constructed specifically for the purpose of religious rites, not areas for prayer set up within private homes, and this is applicable within the dar-al-islam. In any case, the right to rebuild that which was destroyed is granted, as buildings devoted to worship can be built in a place where such a building had been erected previously. It is not possible, however, to move from the original location, and to build elsewhere, as this would require erecting another building…It is possible for dhimmis to coexist with Muslims, but in specified locations such as a particular neighborhood. In no case should that be on Arab land, because the collaborators may not take those lands as a place of residence, according to the Prophet’s hadith, which states, ‘there may not coexist two religions on Arab (Muslim) land’. The houses of the dhimmi must be marked, in order not to violate the terms of the contract [ahd] so as to deserve to be put to death. …the dhimmi must be distinguishable by his clothing and by his means of transportation, by the way he loads his beast of burden, by his equipment, etc. For these reasons he may not appear riding a horse, or bearing arms, and he must always show his kusfig. This is a small cord, as thick as a finger, made of wool or animal hair, tied around the belly of the dhimmi, but different from a belt [zunnar], as the latter is made of silk…The dhimmi must ride a side saddle…The ideal situation would be for them not to ride any animal, but if they should do so out of necessity in a place crowded with Muslims, they should dismount and proceed on foot. Their passageways should be made narrow. Dhimmi women, too, must be distinguishable by keeping to pre-established roads and hammams (baths)…In any case, they must be kept from exhibiting their sinful practices, such as usury, and their customs, their songs, their dances, all that which is forbidden in any case…Should there be a festival, they should not celebrate by carrying crosses.”

The Ottoman system of dhimmitude—consistent with all other variants of this Sharia-based institution—conferred upon Jews (and all dhimmis) two basic legal disabilities which denied them both protection, and redress, when victimized: prohibition of the right to bear arms; and the inadmissibility of dhimmi legal evidence when a Muslim was a party.  And (as noted earlier) even the series of reforms imposed by European powers (as so-called “capitulations”) upon the weakening Ottoman Empire during its final eight decades, almost continuously (through 1914), failed to rectify these institutionalized legal discriminations in a substantive manner.