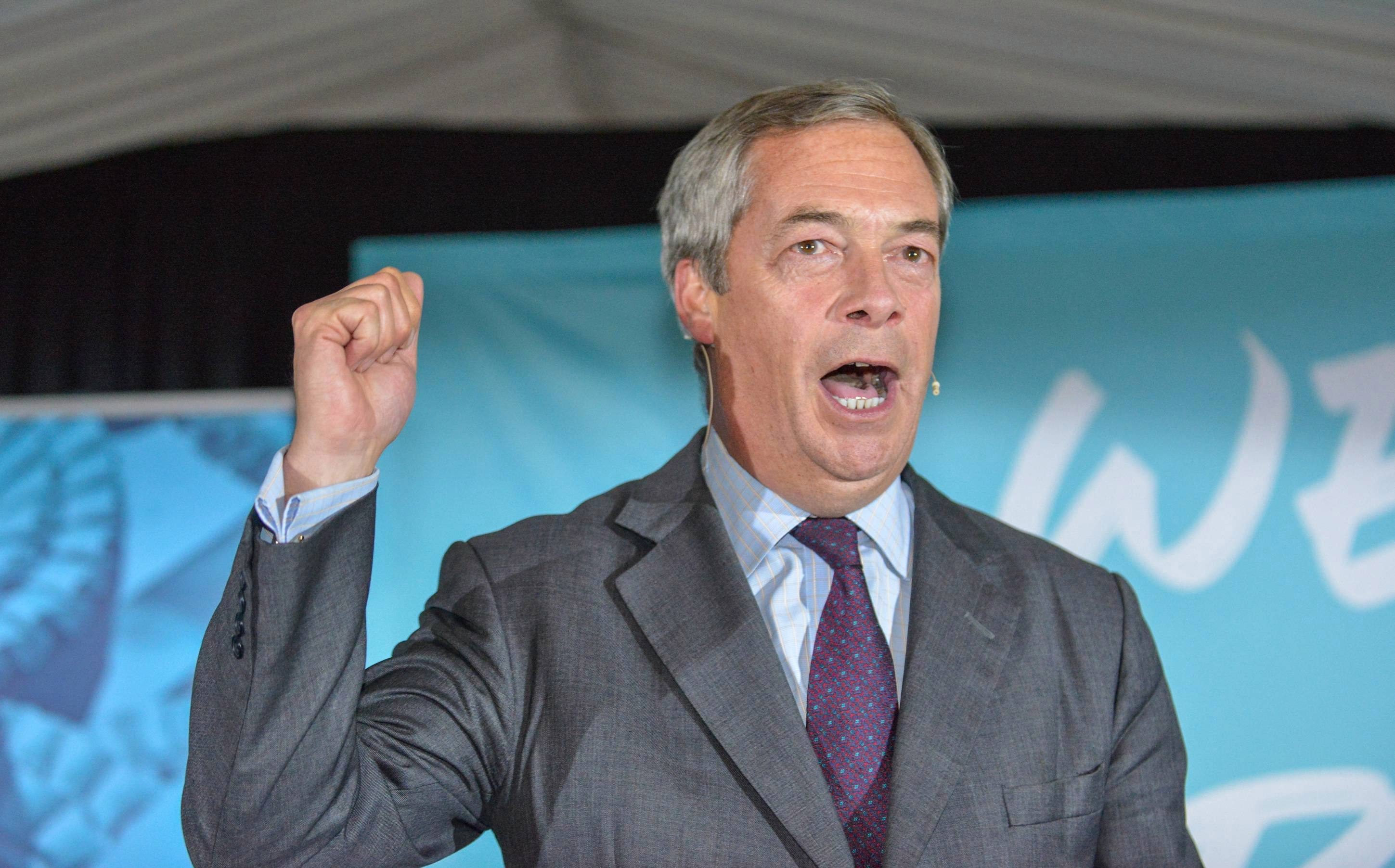 T’S a chilly Wednesday evening in a northern town — and most people would usually be settling down to a night in front of the telly.

But a marquee at a racecourse is packed with a crowd who have parted with hard-earned cash  . . . to listen to a politician.

Step forward Nigel Farage, one-time Ukip boss and current MEP who is now enjoying a successful second act as the leader of the Brexit Party.

The sprightly 55-year-old bounds on stage like a rock star in Union Jack socks as the party faithful raise the chandelier-draped roof.

In their eyes, only one man can steer the country through the choppiest constitutional waters in living memory. All hail Nigel – the saviour of Brexit!

They have paid a fiver each to hear him speak for just over 15 minutes at Sedgefield racecourse in the heart of Tony Blair’s former constituency, a historically Labour stronghold that voted 58.9 per cent to 41.1 per cent in favour of Leave in the referendum.

It is the first date on a seven-night “Conference Tour” of Britain which sees him at Southport tonight.