Talk about a ”smack down”… 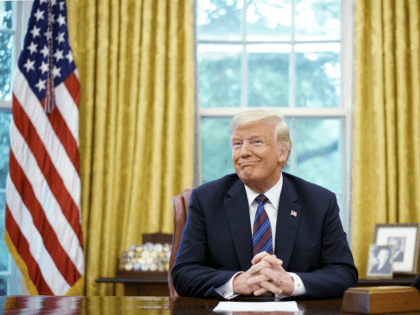 The European Union’s super-state aspirations have suffered a setback as Brussels realizes its “ambassador” in Washington D.C. was downgraded without notice.

The EU has long sought the trappings of statehood, controlling its member-states’ international trade policy and territorial fishing waters, establishing a body of EU law superior to national law and upheld by an EU court, acquiring (another) highly-paid President and High Representative for Foreign Affairs and Security, and most recently setting out its long-term plans for a European military.

Its pride has been dealt a blow, however, by the realisation that the Donald Trump administration in the United States has downgraded its diplomatic status without notice — something it only realised when its so-called “ambassador” stopped being invited to certain important events.

“We don’t exactly know when they did it, because they conveniently forgot to notify us,” an EU official complained to German public broadcaster Deutsche Welle.