Just think of all the time, money and human effort spent in the propagandizing of the public with this nonsense…

Delingpole: Twelve Debunked Climate Scares We Can Laugh at in 2019 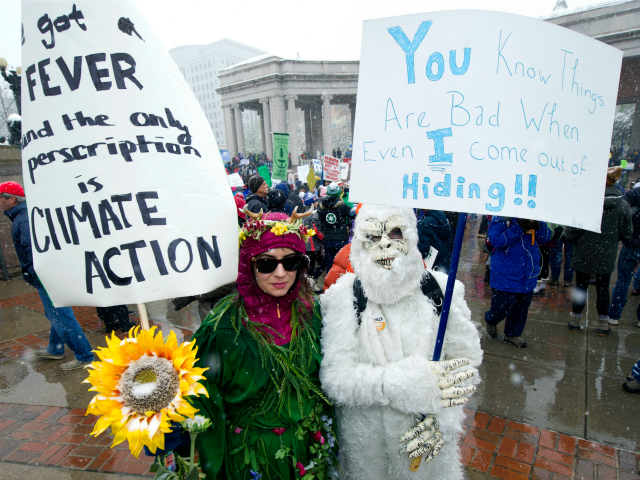 2019 won’t be the year the climate change scare finally dies, unfortunately. But the people pushing it will look increasingly desperate, sad and piteously short of evidence to support their junk science theories.

Here, courtesy of the Global Warming Policy Forum, are the top twelve climate scares debunked in 2018. Share it with your alarmist friends to wish them a happy, sceptical New Year.

PARIS (AFP) – Earth’s surface will almost certainly not warm up four or five degrees Celsius by 2100, according to a study released Wednesday (Jan 17) which, if correct, voids worst-case UN climate change predictions.

A revised calculation of how greenhouse gases drive up the planet’s temperature reduces the range of possible end-of-century outcomes by more than half, researchers said in the report, published in the journal Nature.

The Pacific nation of Tuvalu — long seen as a prime candidate to disappear as climate change forces up sea levels — is actually growing in size, new research shows.

A University of Auckland study examined changes in the geography of Tuvalu’s nine atolls and 101 reef islands between 1971 and 2014, using aerial photographs and satellite imagery.

It found eight of the atolls and almost three-quarters of the islands grew during the study period, lifting Tuvalu’s total land area by 2.9 percent, even though sea levels in the country rose at twice the global average.

You may recall the above report by the BBC, which described how bad last year’s Atlantic hurricane season was, before commenting at the end: “A warmer world is bringing us a greater number of hurricanes and a greater risk of a hurricane becoming the most powerful category 5.” I fired off a complaint, which at first they did their best to dodge. After my refusal to accept their reply, they have now been forced to back down

Heat-tolerant genes may spread through coral populations fast enough to give the marine creatures a tool to survive another 100-250 years of warming in our oceans.

May: Climate change causes beaches to grow by 3,660 square kilometers

Since 1984 humans have gushed forth 64% of our entire emissions from fossil fuels. (Fully 282,000 megatons of deplorable carbon “pollution”.) During this time, satellite images show that 24% of our beaches shrank, while 28% grew. Thus we can say that thanks to the carbon apocalypse there are 3,660 sq kms more global beaches now than there were thirty years ago.

The narrative behind the viral photo of a polar bear starving, reportedly thanks to climate change, has been called into question by the National Geographic photographer who took it in the first place.