Fjordman (and others in the Counter-Jihad) has been warning about this scenario for years. The #fakemedia have tried to use that warning as an example of advocacy for violence, when in fact it was what it was, a warning. No gov official can say that they weren’t warned…

“Civil war is coming to Europe,” a German city politician told me this week. 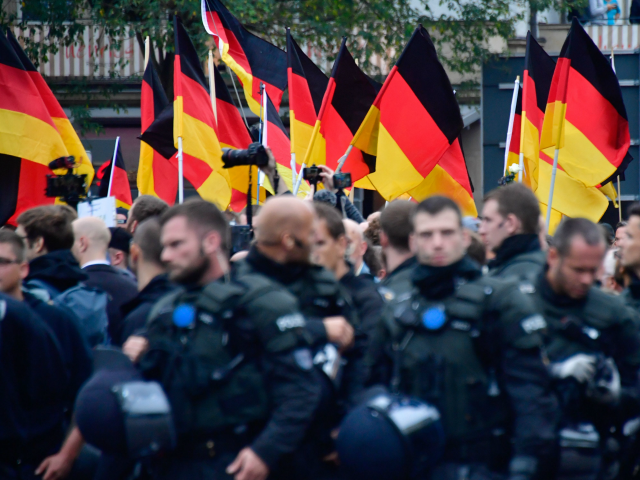 I shan’t mention his name – it was an off-the-record briefing and, anyway, in Germany there are penalties for this kind of frankness.

But he was only repeating what plenty of other people say in private in Germany where I’ve spent the last couple of weeks, soaking up the atmosphere, people-watching, gauging the public mood in the wake of Angela Merkel’s open invitation to perhaps three million immigrants – most of them fighting-age males from Muslim countries.

Three million is higher than the figure admitted by the German authorities, which tend to put it closer to 1.5 million. My source tells me the higher number is closer to the mark.

I was staying in Frankfurt, not one of the places hardest hit by the immigration wave. Partly this is because its traditions as an “open city” date back centuries so, culturally it has always been better attuned to accepting and absorbing immigrants from all backgrounds. Partly it’s because, being Germany’s financial centre, it tends to attract the better educated sort of immigrant.

That doesn’t mean it has remained immune to the problem hardly anyone dares talk about except in private: hordes of Muslims, often with entirely different, indeed hostile, value systems who can’t or won’t integrate, and often just don’t want to integrate for reasons ranging from laziness to contempt and a jihadist desire to bring the West under submission to Islam.

You see some of them begging on the street, often young women pitiably clutching a picture of a child (which may or may not be theirs) while, a few yards back, a sullen looking male (perhaps a relative, perhaps acting as kind of pimp) lurks as her chaperone.