Former Secretary of State, senator, and 2004 presidential candidate John Kerry revealed on Wednesday that he has been secretly meeting with Iranian Foreign Minister Mohammad Javad Zarif to undermine the Trump administration’s foreign policy. 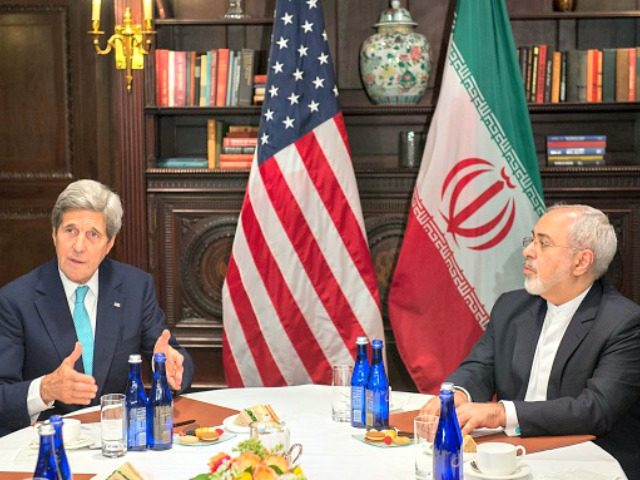 A wide variety of observers have denounced Kerry’s conduct as shameful, treacherous, and quite possibly illegal, although the laws in question are among the most inconsistently enforced laws on the books.

In the course of promoting his new book, Kerry revealed he met with Zarif “three or four times” to discuss the Iran nuclear deal, which President Donald Trump withdrew the United States from in May.

Kerry dodged questions about whether he explicitly sabotaged U.S. foreign policy by advising the Iranians to hang tough against the Trump administration’s sanctions and wait for a Democrat successor to rescue them, insisting that “everybody in the world is talking about waiting out President Trump.”

These activities bring Kerry to the shadowy borders of the Logan Act, the oft-cited but never-enforced 18th-century law that forbids private citizens of the United States from conducting diplomacy on its behalf or acting to thwart U.S. foreign policy. The Logan Act reads as follows:

This section shall not abridge the right of a citizen to apply, himself or his agent, to any foreign government or the agents thereof for redress of any injury which he may have sustained from such government or any of its agents or subjects.