Having met Batten in Brussels, I can vouch for his anti-Islamization views, he’s on the same page as the rest of us who insist on defending our classical liberal values…

He said the former EDL leader had shown ‘bravery’ and the party should make a special ‘exception’ to its rule banning ex members of far-right groups from joining.

His explosive intervention comes as Ukip’s ruling NEC body will today hold a meeting where they will vote on a motion paving the way for Robinson’s membership.

But some Ukip members are furious at the move to embrace Robinson – who was in the BNP before founding the EDL and becoming Britain’s most notorious far-right activist. 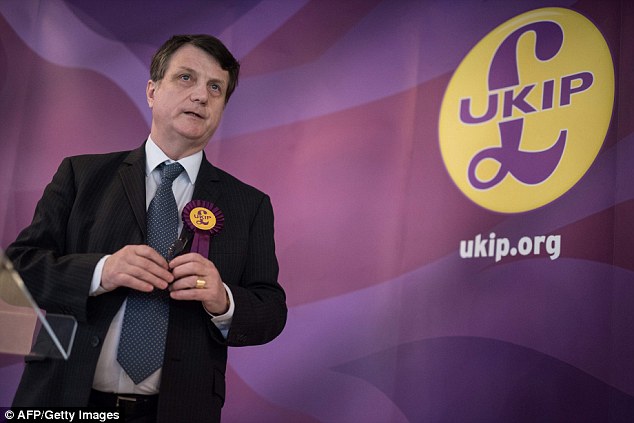 At least one NEC member has warned he could quit if the activist is let in – raising the prospect that Ukip could split.

But in an exclusive interview with MailOnline, Mr Batten praised Robinson, 35, for confronting grooming gangs.

The former EDL leader was jailed earlier this year for contempt for live-streaming details of a grooming trial on Facebook, but released last month when judges quashed the conviction.

Mr Batten said: ‘My personal opinion is that we should find a way of allowing Tommy Robinson to become a member.

‘Because, for all his faults – and I’m sure he will admit he has got them – and his indiscretions, he is incredibly brave and he has stood up and defended people in the face of grave danger to himself.

‘And I am talking now about these victims of industrialised sexual abuse.