Consensus driven politics is the death knell for any free society… 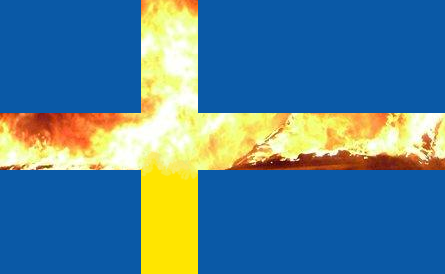 Sweden now has two significant anti-immigration parties, the Sweden Democrats (SD) and Alternative for Sweden (AfS). The latter is smaller, newer, and less hesitant about speaking openly and frankly about the need to return Sweden to the control of native Swedes.

A crucial election is coming up next Sunday in Sweden. Both migration-critical parties are expected to make major gains in parliament after the vote, and the Sweden Democrats have a shot at becoming the country’s largest party.

Alternative for Sweden was planning a final rally before the election in Stockholm next Friday. The party had gone through the correct procedures and obtained the necessary permit from the municipal authorities. However, at the last minute the government yanked the permit, using the “hate speech” of a party member as its excuse.

Significantly, the leader of AfS, Gustav Kasselstrand, has announced that the party does not recognize the legitimacy of the municipality’s decision. He says the rally will go ahead as planned, and called for all AfS supporters to show up at the location in central Stockholm.

Swedes are not as reflexively respectful of authority as Germans are, but they’re pretty close, so this is a momentous act of defiance on the part of AfS. One might expect, say, Scots to be this ornery. But Swedes…?

It seems that change is in the wind.