Left in Libya 22 people would be alive today…

Act of betrayal: Manchester bomber was rescued by the Royal Navy from Libyan warzone and evacuated back to Britain – three years before he slaughtered 22 people at a pop concert 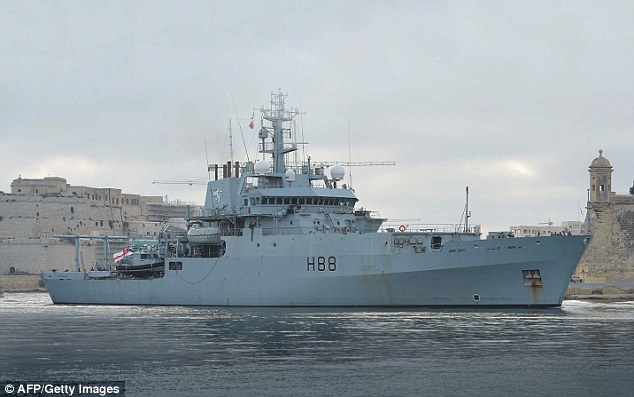 By LARISA BROWN, IN TRIPOLI, LIBYA, FOR THE DAILY MAIL The Manchester suicide bomber was rescued by the Navy from war-torn Libya three years before his pop concert atrocity, the Mail reveals today.

HMS Enterprise plucked Salman Abedi, then 19, from the Libyan coast and took him to Malta for a flight home to Britain in August 2014.

Last May he set off a bomb in Manchester Arena that killed 22, including seven children.

Abedi’s younger brother, Hashem, who is in jail in Tripoli facing trial over the attack, was also rescued by HMS Enterprise.

The pair had been caught up in fighting in Libya and were among more than 100 British citizens taken to safety.

Photographs released by Ministry of Defence officials at the time showed the group being brought on board the Navy vessel.

A Whitehall source said: ‘For this man to have committed such an atrocity on UK soil after we rescued him from Libya was an act of utter betrayal.’

The revelation will enrage families who lost loved ones in Abedi’s despicable attack. It is also likely to raise fresh fears over possible intelligence failures.