These are not ‘militants’, but Islamonazis…

And the people weren’t ‘killed’, but murdered. The fraud media never gets this right.

Militants carried out a series of suicide bombings and other attacks Wednesday in southern Syria, killing at least 38 people. 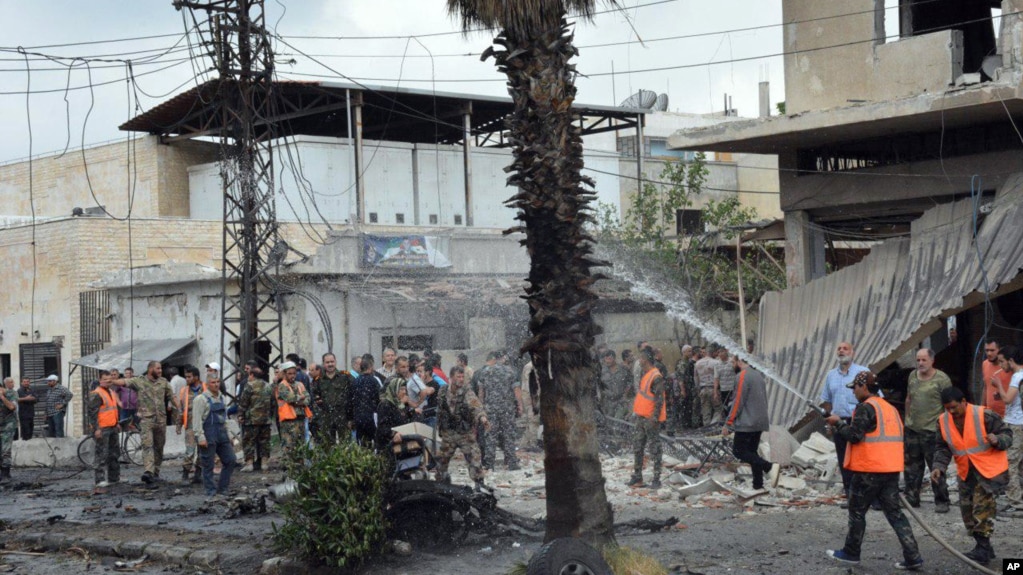 Multiple bombers blew themselves up near a market and a busy square in the city of Sweida.

The Britain-based Syrian Observatory for Human Rights reported clashes in nearby villages between pro-government forces and Islamic State fighters.

The Islamic State group has lost much of the territory it once held in Syria and neighboring Iraq, but does still control parts of eastern and southern Syria.

Syrian forces have retaken territory from the militants in recent weeks, particularly west of Sweida near the Israeli-occupied Golan Heights.