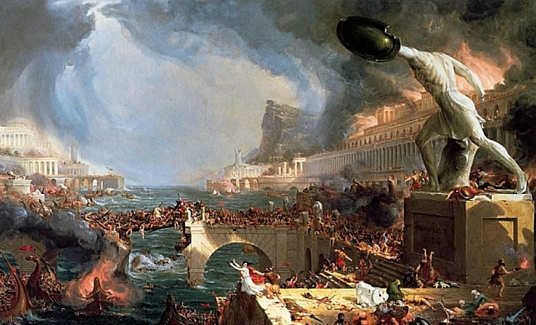 Organising for the Present: Planning, Preparation and Execution

The End Times of Albion, Part 6B

Just over a year short of the Bicentenary of the Peterloo Massacre, we now stand on the lip of a similar abyss. Little in the political stratosphere changes, and rarely for the better. Power is both a mind-altering drug and an aphrodisiac.

The lives and circumstances of us working- and middle-class peasants mean nothing to the entitled power class and their beneficiary drones, despite their protestations to the contrary, and we must not walk naked and unsuspecting into that same trap as did our ancestors. In the days, weeks, months and years now ahead of us we must go carefully, with good planning, strong mutual support and stout hearts — or don’t go at all if unprepared and full of fear, because such places will be no place for you, and you will become a burden on others.

This time of crisis is no longer just about the hasty, Westminster-ordained trial and incarceration of Tommy Robinson and his potential extra-judicial execution. Nor is it about the protected Muslim rape gangs in a singular sense. It is about the whole of the growing Islamic occupation of our Homeland and, who will determine our long-term fate — they and their enablers and protectors, or we, the native peoples.

Those who rule over us have long planned this coming mayhem; their intent is to pluck absolute power from out of the world of chaos that they are creating, and this nightmarish New World Order dream consumes their every waking hour. They are bereft of any love of country or for its now benighted original native inhabitants. They are beyond contempt and impervious to change, and must be neutralized along with their feral foot soldiers.

There will be no ‘Gandhi’ solution here. Believe not what they say, for their hearts are full of treachery. Their intent is to ascend above us all as if a bright shining Phoenix at the apex of its power and seat themselves comfortably there forever.