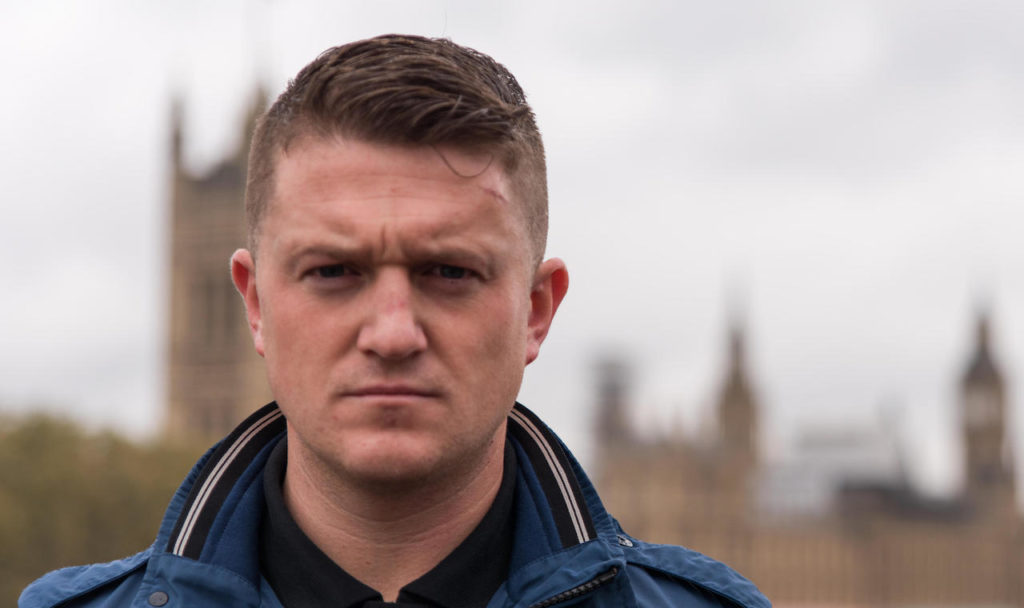 Much debate has erupted regarding the recent jailing of British activist Tommy Robinson. This case is telling, not only in regard to the current culture in Britain, but also in regard to the culture in the United States, where many people are unaware of the principles that morally govern the situation.

On May 25, 2018, Robinson was arrested, tried, convicted, and sentenced to thirteen months in prison. He was arrested reportedly for “breaching the peace” by livestreaming outside the Leeds Crown Court, where a trial is underway in which twenty-seven Muslim men and two Muslim women are alleged to have raped, trafficked, drugged, and sexually exploited more than one hundred girls as young as eleven years old.

During his seventy-five minute livestream (which I recommend watching), Robinson mostly talked quietly to himself and his viewers about the widespread problem of Muslims raping children throughout England. He also spoke to some of the defendants as they arrived at the courthouse, asking, “How are you feeling about your verdict?” and noting, “You’ve got your prison bag with you.” Robinson stayed off court property, as by the letter of the law he was required to do. He gave the police no reason to arrest him.1

Even so, shortly after Judge Geoffrey Marson peered down on him from a courthouse window, Robinson was arrested allegedly for “breaching the peace.” He reportedly pleaded guilty to a charge of “contempt of court” for reporting information that could “prejudice” the ongoing trial, which is being conducted in three parts, the second of which was coming to a conclusion the week of Robinson’s arrest. Within a few hours, Marson convicted Robinson and sentenced him to thirteen months in prison for the alleged contempt of court.

If we look at the full context of relevant facts surrounding this case, however, we can see that the real reason Robinson was arrested and jailed is that he has spoken out vociferously against jihad, Sharia law, Islam-inspired child rape, and mass Islamic immigration into England.

Whether Robinson is right or wrong about any of that is beside the point here. People have a moral right to speak their minds regardless of whether they are right or wrong (so long as they do not incite violence, commit fraud, or the like). As Ayn Rand put it, “The principle of free speech is not concerned with the content of a man’s speech and does not protect only the expression of good ideas, but all ideas. If it were otherwise, who would determine which ideas are good and which are forbidden? The government?”2 (Alas, in the UK, apparently, yes.)

Nor is our present concern whether Robinson broke British law.3 Contrary to the utterly disappointing positions taken by Daniel Hannan and Nigel Farage on this matter, the mere fact that someone broke a law says nothing about whether his actions are moral or immoral, rights respecting or rights violating, worthy of support or of condemnation.4