A few days ago Geert Wilders, the leader of the Party for Freedom (PVV) in the Netherlands, won his appeal for the replacement (“substitution”) of the judges in the hate speech case against him. Our Dutch correspondent H. Numan sends this analysis of Mr. Wilders’ historic victory, and provides the relevant Dutch political context for the decision. 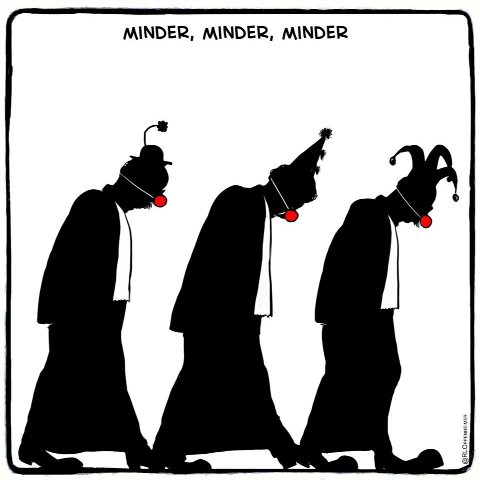 Wilders did it again!

The continued farce of the Wilder’s trial is going to get a brand new clown car. Wilders was able to substitute all his judges last Friday. That’s a pretty big turn of events. As you can expect in North Korea on the North Sea, this news is already fading away fast. The media report only extensively, not to say ad nauseam, if something bad can be reported about Wilders. When he scores, not so much. Geert Wilders is still on trial over that ‘fewer, fewer, fewer’ remark. He was convicted for that without penalty. Both he and the prosecutor appealed.

For new readers, a bit of history first.

Right after the municipal elections elections in 2014 Wilders asked his supporters if they wanted more or fewer Moroccans in the country. The crowd shouted ‘fewer, fewer, fewer!’ Okay, said Wilders. We’re going to arrange that. Progressive Netherlands was up in arms. They finally found the stick with which they could beat the blond horse to pulp!

A show trial that would make Stalin proud was set up. People could go to any police station and fill in pre-composed complaint forms. Set up like a multiple choice quiz. Just check off what you find the most offensive, and sign on the dotted line. Oh, you can’t read and write? No worries. Mark an offense, any offense, and put your thumbprint instead of a signature. Mosques supplied translators and assistance free of charge. Many thousands of progressive agitators and muslims used this brilliant free-of-charge opportunity to hang Wilders.