They should be removed from the bench…

Anyone with just a measure of common sense knows fully well that a 10 year old girl does not understand the full ramifications of sex, she’s easily manipulated and rape doesn’t always involve violence, fear of retribution plays a factor in how docile the victim is. Anyone having sex with a youngster like that is in fact raping them.

Finland’s Supreme Court ruled that the appropriate charge was aggravated sexual abuse rather than rape and upheld the lower courts’ three-year prison sentence. 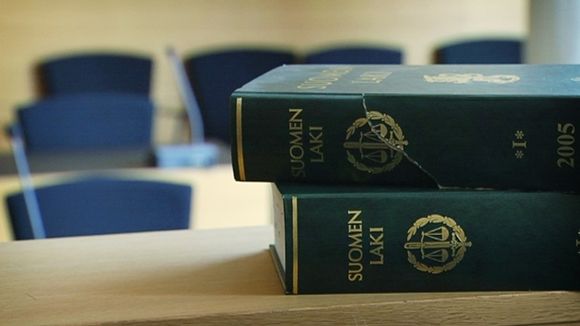 The Supreme Court has rejected the prosecution’s request to appeal a three-year prison sentence handed down by a Pirkanmaa court for sexual crimes committed against a 10-year-old girl in autumn 2016.

The case attracted a great deal of attention because both the local district court and the court of appeal decided against handing down a verdict for aggravated rape.

However the Supreme Court refused leave to appeal the conviction and sentence, leaving the original appeal court sentence unchanged.

The Pirkanmaa District Court and the Turku Appeal Court both convicted the man of aggravated sexual abuse of a minor and sentenced him to a three-year custodial sentence. Both courts found that the man had had sexual intercourse with the child and had performed sexual acts with her by sending messages about sexual matters.

Both courts threw out charges brought against the man for aggravated rape. The courts ruled that there was no evidence to indicate that the sexual encounter involved violence or that the child was overcome by fear or incapacitated in any other way.

At the time of the incident the victim was 10 and the defendant was 20 years old. The sexual abuse took place in a small town in the Pirkanmaa region, near Tampere.

The court judgments sparked spirited national debate last autumn. Legal scholars expressed bewilderment over the finding that the act was not against the victim’s will and did not involve violence. For example, Turku University’s Jussi Tapani and Matti Tolvanen of the University of Eastern Finland, both professors of criminal law, examined the jurisprudence involved in the case in the daily Helsingin Sanomat.

Tuula Tamminen, Professor of Child Psychiatry at the University of Tampere, said she was perplexed by the courts’ rulings, telling the daily Aamulehti that there is no way that a child could know what might be happening in such a situation.

In November, Yle asked members of Parliament’s Law Committee if the case warranted changes to the legal code. At the time, committee chair and National Coalition Party MP Kari Tolvanen said he supported a longer sentence for such offences. He said that the section of criminal law dealing with aggravated sexual abuse of a child should be amended.

”The amendment would introduce harsher sentences for serious sexual offences against children overall. In my view that is fully justified, for example in light of a child’s vulnerability, even if the act does not meet the threshold for rape,” Tolvanen commented.