Alan is a long time friend who now lives in Israel.

Alan Stein, the founder of PRIMER–Israel and PRIMER– Massachusetts, splits his time between Natick and Netanya, Israel.

Purim is a joyous holiday here. For days, people have been walking in the streets wearing costumes. But for all the fun, the Purim story, whether based on actual events or not, is a serious one which has had echoes throughout our collective history as a people and, given its setting in Persia, which is now called Iran, has particular relevance today.

Unfortunately, most of the world is ignoring the relevance as the clock ticks down and the situation gets more explosive.

Ayatollah Ali Khamenei, supreme leader of today’s Persia, the Islamic Republic of Iran, has not only pledged to do what Haman, his predecessor, tried and failed, but has been adept at putting his pieces into play. 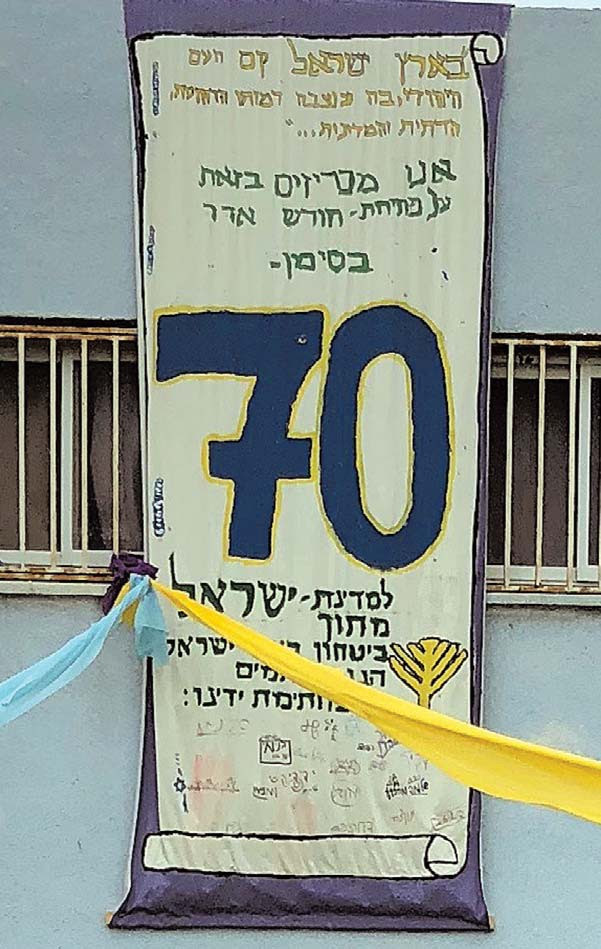 Iran has long had control over Lebanon (through its Hezbollah proxy) and Gaza (through its Hamas and Islamic Jihad proxies). It is now probably the strongest power in Iraq and has a strong and growing presence in Syria. It was from Syria that it recently sent a drone into Israeli airspace, precipitating a confrontation in which an Israeli plane was shot down for the first time since Ron Arad’s plane during the 1982 Lebanese war.

In Israel, most people feel another war with Iran’s proxies in the north, or with Iran itself, is inevitable; the winding down of the Syrian civil war brings that war closer. Unless a miracle happens, that war will come and it will be far more damaging, to all sides, than any war since the War of Independence.

The last war with Hezbollah, in 2006, was traumatic for those in northern Israel, with many coming south for safety. That won’t be an option the next time. Whereas in 2006, Hezbollah only had a few thousand missiles, mostly inaccurate and with a short-range, it now has an estimated 150,000 missiles, able to reach everywhere in Israel, with more accuracy and with heavier and more lethal payloads. As sophisticated as Israel’s missile defenses are, including Iron Dome, David’s Sling and the Arrow, it’s impossible to defend against 150,000 missiles, with thousands being launched daily.

When Khamenei decides to strike, people will be killed. Critical infrastructure will be hit. We will have no option but to play offense rather than defense, as we have since the War of Attrition in the years after 1967. We will have to destroy Hezbollah and its missiles in days, not weeks or months. Ayn breira – there will be no alternative. This will make the consequences for Lebanon devastating; especially since almost all those missiles are in civilian areas: in homes, schools, mosques, hospitals.

Is there any hope?

Maybe the United Nations will start doing its job. Maybe the Iranian people will finally overthrow their fanatical rulers. Maybe the people in Lebanon will retake their country.

Objectively, none of those possibilities seems reasonable, but as long as the war hasn’t started, we can’t give up all hope. Maybe, just maybe, there will be a miracle. Didn’t Ben Gurion say “in Israel, in order to be a realist you must believe in miracles?”

In the meantime, in Israel we still celebrate Purim joyfully and are looking forward to April 19, the 4th of Iyar, when Yom Haatzma’ut, Independence Day, will mark 70 years since the formation of our third Jewish commonwealth. The elementary school a block from our apartment already sports a banner proclaiming those 70 years. (Of course, in a sign of the alertness Israelis must practice, when I stopped in front of the school yesterday to take a picture of the banner, the school’s armed guard looked at me very suspiciously, even though he must have recognized me since I pass by him almost every day on the way to morning minyan.)