It’s a pot shot taken by a political hack who refuses to admit, nor address, the real cause for our concerns, Islam.

If the UK (including the entire West) had a dutiful media, meaning one that could be trusted to tell the truth, Tommy Robinson, myself, and all the rest of those addressing the impact that Islam has had on our societies would not feel the need to do so. What Tommy has done over the years in his activism can be accurately described as first and foremost, public awareness, and trying to shame the media into doing their jobs. This cop knows this, yet he takes to smearing Tommy. 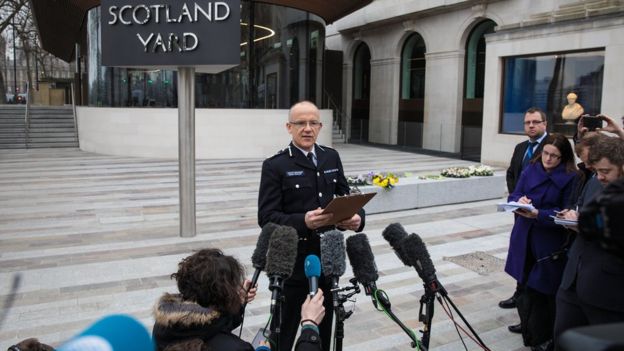 While they have not been involved directly in terrorism, he singled out Tommy Robinson, who founded the English Defence League (EDL), and Jayda Fransen, the deputy leader of Britain First, as voices from the far right who stir up tensions.

Mr Rowley told the BBC: “In the noise and focus on the global threat, and what we’ve wrestled with with Daesh [the Islamic State group], I don’t think the change and growth in extreme right-wing terrorist threat has been explained or described well enough – and that’s one of the things I wanted to do.”

Tommy isn’t taking this lying down: