For starters, the inculcation of generations of people with the utopian mindset has laid the groundwork for such extremism…

Once you make the idea of big centralized government necessary to create a nirvana egalitarian socialized state, mainstream, you legitimize and glamorize the notion of utopia in general. These neo-facsists (racist Leftists) are utopian statists as much as the ruling elite that seeks to deligtimize them. Return to classical liberalism, stop trying to re-engineer society and human nature. It’s the status quo political system that not only helps to create these people, they’re bringing into their societies the Islamic element which is utopian based (on steroids) as well.

NOTE: You can’t help but notice the main picture the Aftonbladet uses in a story that’s (their words) ”mainly about Islamists”.

There is extremism and hatred in the city of Gothenburg and there is a risk that young people will be recruited by extreme groups. It shows a survey conducted by Göteborg City among representatives of the associations and municipalities. 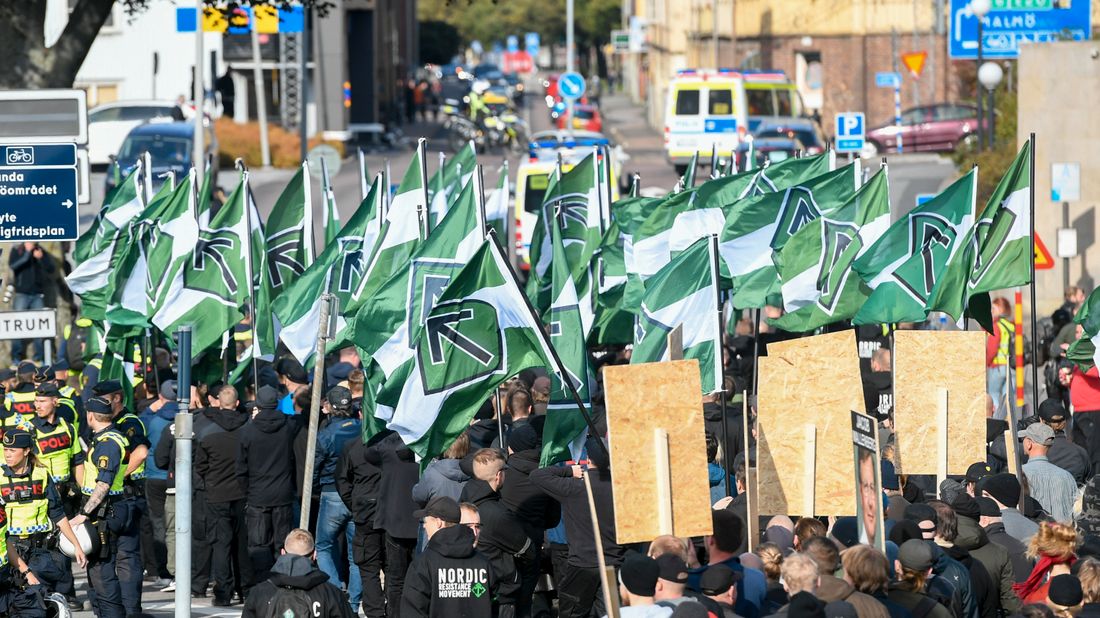 More than half of those who responded saw violence-threatening extremism as a threat, almost a fifth, has encountered people who sympathize with violence-inducing extremism, and the same proportion says that in the activities they work there are people exposed to threats and violence with connection to extreme movements.

The activists behind threats and violence are primarily Islamists and right-wing extremists. But what surprised investigators was the extent to which there were threats from left-wing extremist circles.

“It amazes us and we take it seriously. It appeared in the survey, but we have not seen the signals in our other work, “said Zan Jankovksi, coordinator of violence-violent extremism in the city of Gothenburg.

The report finds that in Gothenburg there are individuals who openly sympathize with IS and that the propaganda from IS has changed. In the past, it was about recruiting IS travelers, but now it focuses on getting people to use violence and conduct terrorist attacks in their own city. Of the conversations that come to the municipality from worried relatives, almost all the nuisance is the concern that young people will join extremist Islamist groups.