Thanks to the Left having taken over academia, Jordan Peterson’s intellectually based argumentation (which used to be commonplace in the halls of academia) is something rather new to the present day media.

It was as though she had never heard arguments like Peterson’s before, and was taken aback to discover they existed. As a presumably well-read person, why had she not been exposed to arguments like this before? The answer, I think, is that these arguments have largely been banished from contemporary mainstream news media and entertainment.

Jordan B Peterson, Critical Theory, and the New Bourgeoisie

Earlier this week, clinical psychologist Jordan B. Peterson appeared on Britain’s Channel 4 in an interview with TV journalist Cathy Newman. It didn’t go well. Journalist Douglas Murray described it as “catastrophic for the interviewer”, while author Sam Harris called it a “nearly terminal case of close-mindedness”. Sociologist Nicholas Christakis perhaps described it best: 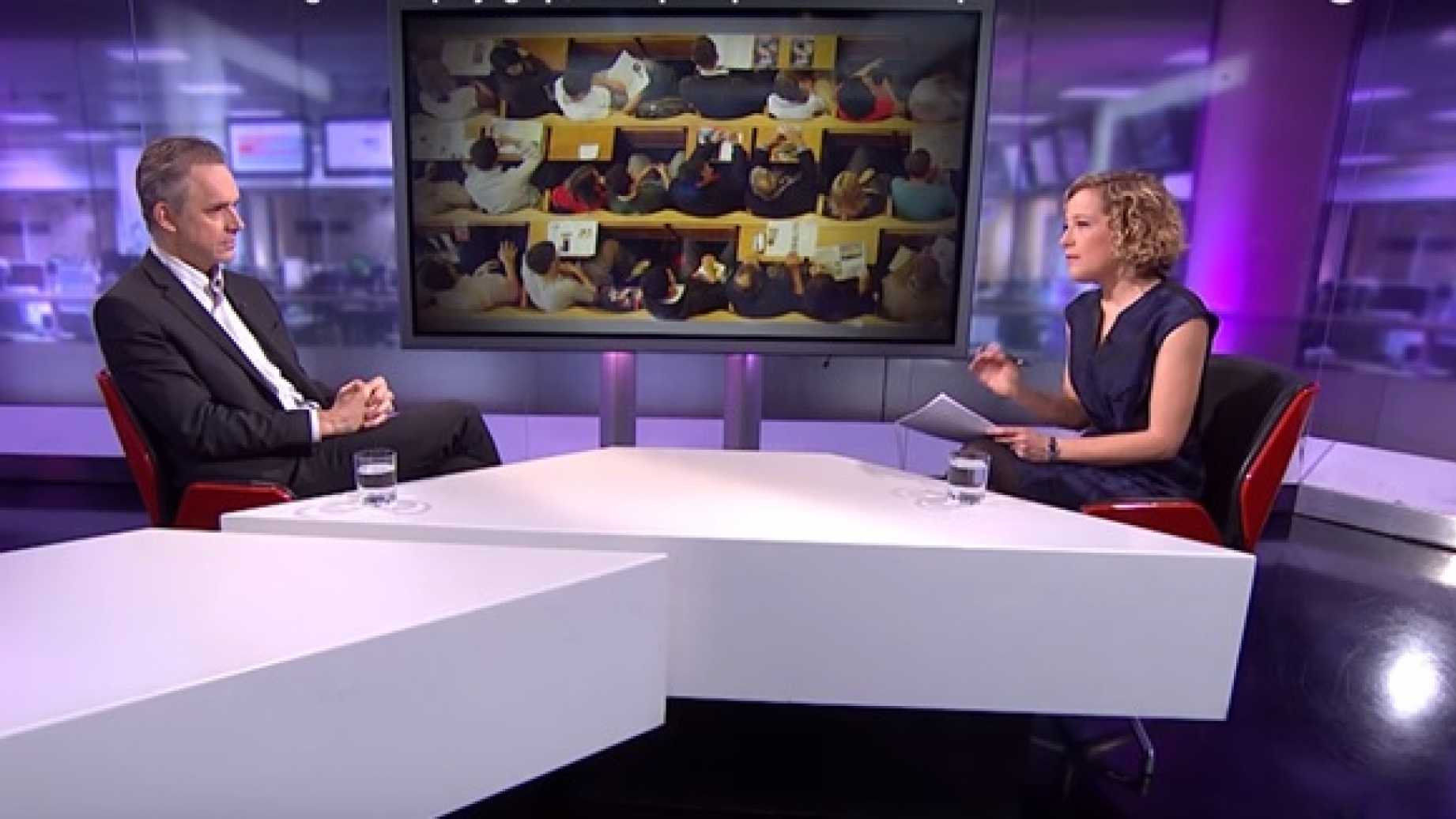 This man @jordanbpeterson is preternaturally calm and composed in the face of a hostile interviewer who also had simply not thought adequately about her ideas and approach. Facts and reason are powerful allies.https://t.co/NeMhSRMinK

Christakis mentions two important things about Newman. First, she seemed hostile towards Peterson, clearly going into the interview with a moral prejudice towards him. Second, she seemed unable to engage with his arguments, instead misrepresenting them (“You’re saying women aren’t intelligent enough to run top companies?”) or taking issue with them (during a conversation about unhealthy relationships, Newman asked: “What gives you the right to say that?” Answer: “I’m a clinical psychologist.”) At one point, she was rendered speechless.

It was as though she had never heard arguments like Peterson’s before, and was taken aback to discover they existed. As a presumably well-read person, why had she not been exposed to arguments like this before? The answer, I think, is that these arguments have largely been banished from contemporary mainstream news media and entertainment. Only because of Peterson’s immense grassroots success has he forced his way into the conversation, which makes it all the more awkward when an interviewer looking to put him in place ends up bewildered.

But why have these arguments been banished? The immediate answer is social pressure. As social justice advocates have come to dominate Western culture, they’ve created a situation where interlocutors are more intent on burnishing their adherence to the correct opinions than they are about discovering something new, learning the truth, or even engaging in open and reciprocal dialogue. Hollywood actors wear political slogans to awards ceremonies, comedians lecture their audiences rather than entertain them, and television hosts go into battle with their guests rather than interview them. Naturally, this has pushed out opposing voices.

But where did the social justice advocates, and their associated attitude, come from? The answer to that, I think, is academia. A recent episode, also involving Peterson, demonstrates this.