What we need is a strong Reaganesque approach to geopolitical issues, peace through strength, which also means shoving our military into the noses of its enemies. Strong assurances of unchanged relations with our allies backed with military presence and higher state of the art hardware.

America is, of course, no “young” great power at this point.  But Trump’s posture is a kind of reversion to our youth on the world stage, in that it doesn’t operate from a comprehensive, systematic geopolitical vision for “national security.”  It appears to be more surely motivated by an older-style conception of national interests.

As jets square off in Syria, U.S., Russia continue geopolitical resets in the Great Crossroads 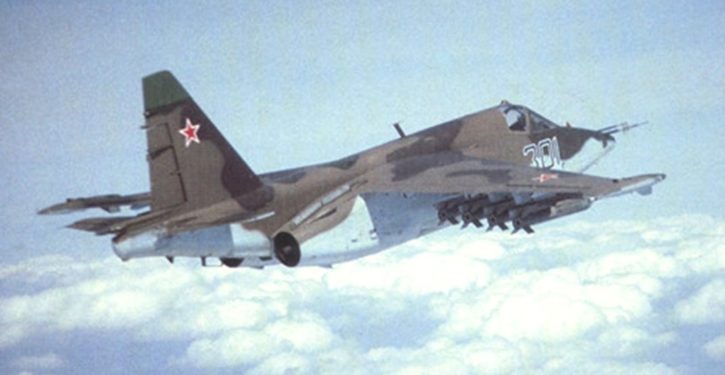 The big reason you don’t hear anyone confidently characterizing the current, overall geopolitical condition of the planet is that it doesn’t fit any model from the last 500 years – and if you go back further than that, the conditions of technology and human development were too different to make comparisons very meaningful.

Don’t let anyone tell you, for example, that it’s the 1930s all over again.  There were some reasons to make that assessment up through 2-3 years ago, with Barack Obama exhibiting a grab-bag of characteristics from Jimmy Carter, Neville Chamberlain, and FDR, and the leaders of Europe oddly fussy, fatalistic, and passive in the face of growing danger.

But the fiction that American policy is a continuation of our longstanding posture after World War II – which became more brittle by the year under Obama – is now shattered.  As with the transformation under Obama, it is useless to cry over spilled milk about this.  The Pax Americana was lost during the Obama years, and it is now clear that there will be no effort to recover it.  Besides a set of irreversible trends overseas, American herself is pretty preoccupied internally at the moment.  We are where we are.

The Trump policy looks more like the U.S. posture before World War I, in terms of geopolitical systematization (or lack thereof) and basic elements – and there is no reason to think that will change any time soon.

Instead of exercising the U.S. dominance of the post-World War II period – which Obama formally disavowed, while yet seeking to leverage it for certain purposes – Trump operates much more in the “young great power” mode of Theodore Roosevelt.