It’s a total disgrace that this kind of leader is even pushed to the dais to lead a party, let alone govern a country…

“Ms. Merkel is in effect a lame duck.” 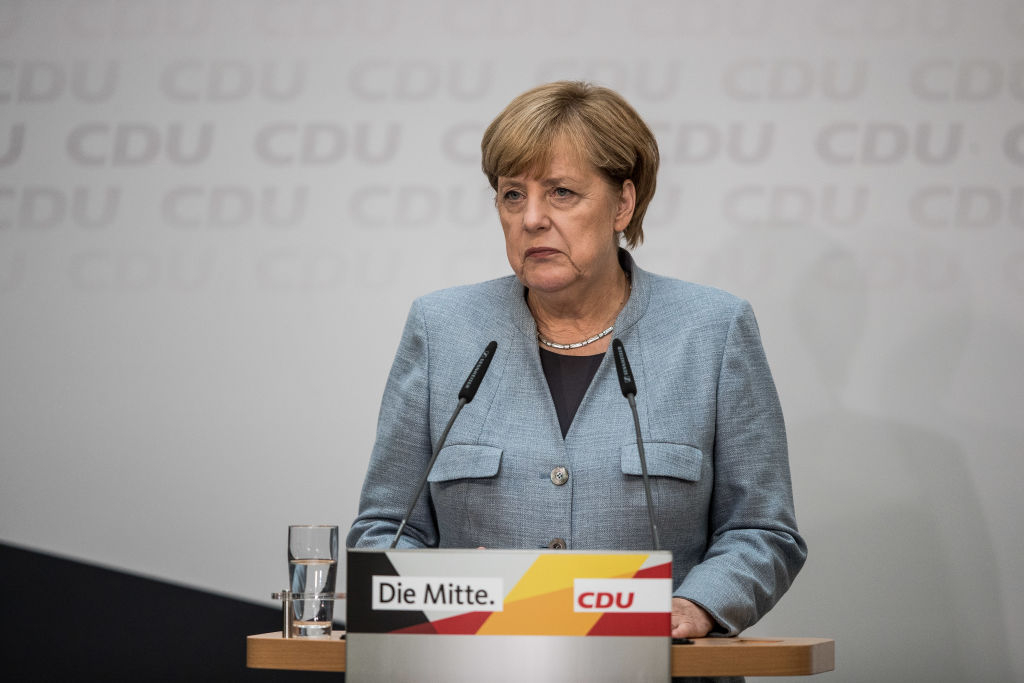 Chancellor Angela Merkel has won a fourth term in office, but the real winner of the German election on September 24 was the Alternative for Germany, an upstart party that harnessed widespread anger over Merkel’s decision to allow into the country more than a million mostly Muslim migrants from Africa, Asia and the Middle East.

The nationalist Alternative for Germany (AfD) won around 13% to become the country’s third-largest party, followed by the classical liberal Free Democrats (FDP) with 10.7%, the far-left Linke party with 9.2% and the environmentalist Greens with 8.9%.

“With only 33%, Merkel has not only achieved the worst result of all the campaigns she has led, but also the second-worst in the party’s history,” wrote Die Zeit.