Excellent report by Fjordman. Islam as an ideology is extremely fragile, so too is the central figure who supposedly founded it.

What Were the True Origins of Islam?

On September 9, 2017, there was a conference in Copenhagen about the origins of Islam. It was a collaboration between the International Free Press Society in Denmark plus the organizations Humans Rights Service and Document from Norway.[1]

The speaker was Professor Robert Martin Kerr. He participates in Inarah, a research network that is engaged in a scientific historical-critical, philological investigation into the Koran, the origins of Islam and its early history.[2]

Around 50 or 60 people attended this lecture. Not much, but still pretty good for a dense, six-hour lecture about ancient stone inscriptions and languages many people have never heard of. Multiple policemen stood guard outside. Even in Scandinavia, you now need armed police to protect you while listening to details about Aramaic grammar. Freedom is slowly slipping away in Western Europe.

Professor Kerr doesn’t seem to believe that Muhammad, the alleged founder of Islam, is a historical figure. Perhaps he never existed at all. As he points out, we have no contemporary evidence for the existence of Muhammad. None. The word “Muhammad” could be a title meaning “the praiseworthy one,” not a personal name.

Sunni Muslims believe that after Muhammad’s death, the leadership of Muslims passed to the four so-called rightly guided caliphs (successors) who had known Muhammad personally: Abu Bakr, Umar, Uthman and Ali. Shias only recognize Ali, who was Muhammad’s son-in-law through his marriage to Fatima.

Sunnis and Shias alike take for granted that these individuals really lived. However, yet again was have no physical proof that any of these first caliphs ever existed. They may be fictional characters. We have no coins struck by any of these rulers. As far as we know, coins were not struck in Mecca or Medina until the ninth century AD. That is two centuries after Islam and the Islamic empire was supposedly born there. 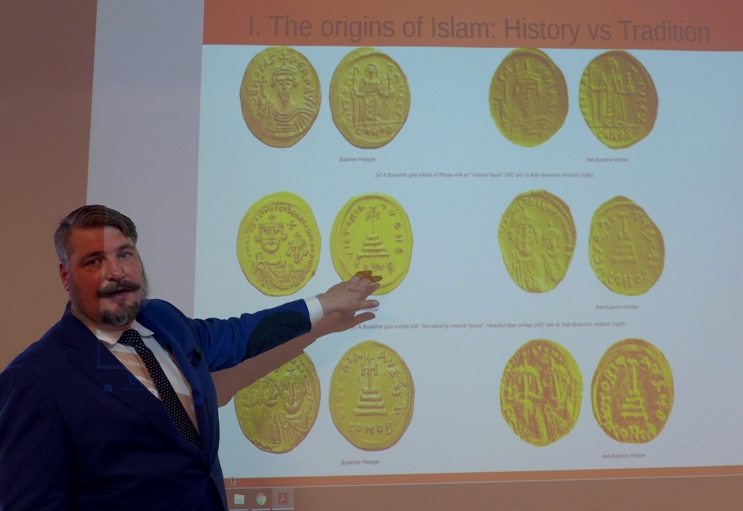 Ibn Ishaq, who wrote the first purported biography of Muhammad, did so more than a century after Muhammad supposedly lived. Serious questions have been raised about the validity of this biography. The hadith literature about what Muhammad allegedly said and did was collected later. Even Muslims admit that many hadith were outright fabricated. Without these sources, we know practically nothing about Muhammad.

We know that there were big Arab conquests in the seventh century, from Persia to the Iberian Peninsula. Yet we do not know exactly what these Arabs believed in, what triggered the conquests or where they began. Non-Muslim chroniclers writing at the time of the early conquests made no mention of the Koran, Islam or Muslims, and scant mention of Muhammad. Perhaps Islam as we now know it was created after the Arab conquests, not before. Of course, that leaves the unanswered question of what was the real cause of the expansion.

The Arab conquerors themselves didn’t refer to the Koran during the first decades, quite possibly because it did not then exist in a recognizable form. A fully developed Arabic script did not yet exist at the time when the Koran was supposedly collected, either. This further introduces substantial sources of error.