This is all too predictable.

Political leaders lecture citizens who reject their policies, while Muslim groups openly lie, spin and dissemble to them both. 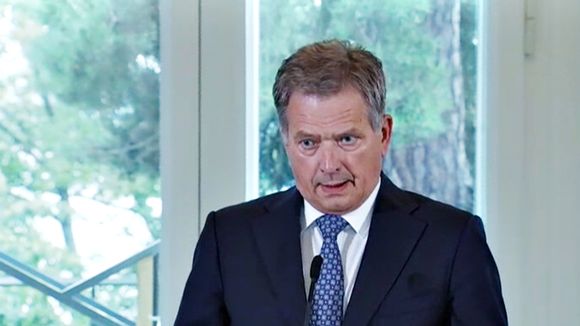 “This weekend, terror came to Finland,” said President Sauli Niinistö on Sunday afternoon. He held a press conference at his official residence in Helsinki’s Meilahti district.

He praised those who had helped the victims and tried to stop the attacker, as well as police and rescue staff.

“The Finnish police settled the matter quickly. Their work, and that of the rescue workers, has played its part in returning the sense of security. We can have confidence in the authorities’ operations,” said Niinistö.

The president expressed his concern over the immigration debate on social media.

“This arouses lots of feelings and debate – that is understandable.”

But, in this discussion, he said, “the desire to misunderstand has been greater than the desire to understand. It would be good to flip this around,” he added.

While one may disagree, it is important to try to understand others, stressed Niinistö.

“Only together can we get through these things,” the president said. He pointed out that he had taken part in the online discussion via his official Facebook account, thanking commentators there for their civil discussion.

On Saturday, Niinistö issued a statement on the events and laid flowers at the site where the attack began on Turku’s central Market Square.

The Islamic Council of Finland (Sine) issued a strong condemnation of Friday’s assault and of the violent ideology that apparently lay behind it.

“Violence against innocent civilians – whether it happens in Turku, Barcelona or Charlottesville – violates the basic principles of Islam and all other religions, as well as general human values,” the group said in a statement on Sunday.

The association noted that at least two of those who rushed to help the victims and stop the attack were Muslims. The Moroccan Forum in Finland also released a statement strongly condemning the assault.