At least it’s not this jerk any more….. 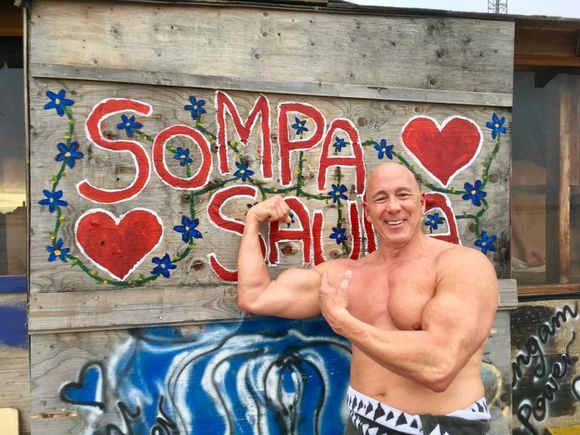 Also, look to how the Finnish government is in such mental conflict with itself. On the one hand it wants to hide among its fellow EU member states, (literally under its skirt) when moral questions comes to the forefront, loves the centralization of concentrated power in Brussels etc., yet wants to believe that it should still have an independent voice with the world’s lone super power.

NOTE: When it was all but certain (at least in their eyes) that Hillary Clinton would be the next president, many within the ruling political class in Finland made very disparaging remarks about Donald Trump. Who knows, perhaps he took note of it.

Ilta-Sanomat reports on how Finland has been six months without a US Ambassador, with Mika Aaltola from the Institute of Foreign Affairs saying “If there’s a crisis, we are lost.”

Finland is one of ten European countries that have been left without a US Ambassador since the election of Donald Trump. It is joined by France, Germany and Spain, for example. Trump has refused to name new representatives, as tradition has it that new ambassadors are named when a new president assumes office.

Aaltola says life without a US Ambassador has left a question mark in terms of US intentions when it comes to Finland. He says unforeseen events could make an ambassador’s presence imperative.

The US Department of State is slated for reorganisation and that is why appointments are on ice. Aaltola tells IS that key roles within the department are also not filled; leaving many countries with no one to turn to if a crisis occurred.

“Trump’s reluctance to recognize the importance of foreign policy and diplomacy leads to potentially difficult situations in which diplomats from other countries fill the empty space that once belonged to the United States, in Helsinki’s diplomatic circles, for example,” he says.

Since August 2016, Chargé d’Affaires Donna Ann Welton has been working as Deputy Chief of Mission at the US Embassy in Helsinki, where she has assumed the duties of the ambassador until a new official representative can be named.