They even placed them in front of the iconic church hewed out of bedrock (famed tourist site), picture above….

Finnish police mobilised Monday evening in an operation aimed at heading off a possible terror attack in the capital Helsinki. Finland’s National Bureau of Investigation said it had received information suggesting preparations for a possible strike. 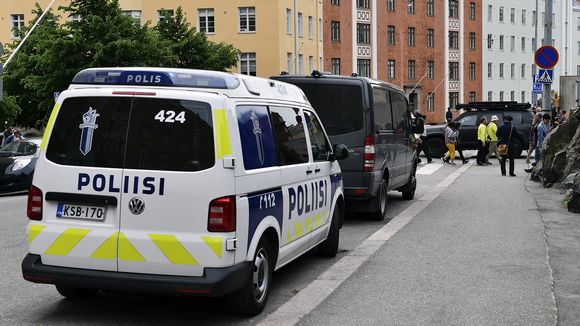 On Monday evening the National Bureau of Investigation said that information had come to its attention indicating that a possible terrorist attack was afoot in the Finnish capital, Helsinki. According to its sources the potential target was the iconic Church of the Rock or Temppeliaukio Church in the Töölö district.

“We are still investigating. We can only say that police have received information which after an assessment led to a visible police operation, and also to the fact that we are now investigating suspected offences relating to planning a terrorist attack,” said the NBI’s chief inspector Tero Haapala.

Search for suspects on Sunday

By a visible police operation, Haapala was referring to the erection of concrete obstacles in front of the church, as well as a raid that took place on Sunday, in which police searched for suspects in the district near the church.